We visited our first Epcot Food & Wine festival in 2015, and had a fab time trying out the different dishes and drinks. You can read all about our time spent at the Food & Wine Festival in my Halloween in the Wilderness 2015 Trip Report.

We enjoyed it so much, that we planned our Walt Disney World 2016 holiday around the estimated start date – based on 2015 – so was pretty excited that it actually starts on September 14th, 2016 (my birthday!) until November 14th, 2016. A whole extra nine days for the Festival, presented by Chase at Walt Disney World Resort in 2016, growing from 53 to 62 delicious days. Plus there are new interactive culinary experience and debut new marketplace tastes from around the world. 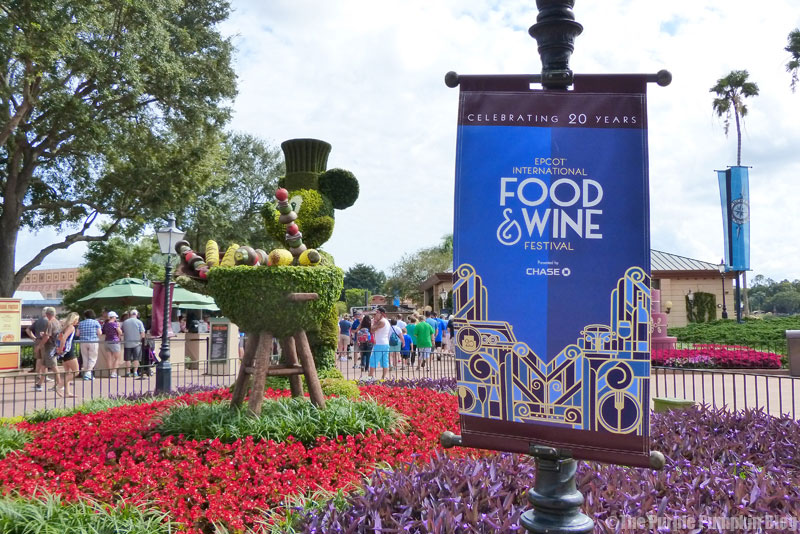 Growing each year since 1996, it is one of America’s top food festivals. The Epcot event features inspired flavors at more than 30 global marketplaces.

For a second year, global marketplaces will extend into Future World to offer a wider range of taste sensations. Culinary icons like Cat Cora, Norman Van Aken, Masaharu Morimoto, Elizabeth Falkner, Buddy Valastro and Jamie Deen will entertain foodies and inspire their palates at new and returning premium events that include reimagined Party for the Senses grand tastings with new concepts and themes.

Festival guests can pair wines, beers and ciders with savoury and sweet dishes as they stroll the World Showcase Promenade using their complimentary festival passports as a guide.

Ratatouille returns — Chef Remy of “Ratatouille” returns with his fun-for-the-family culinary scavenger hunt – check out my Remy Pins from 2015 in my video below!

The popular Festival Private Label California Chardonnay and Cabernet Sauvignon are back and available by the bottle or by the glass.

Festival Center highlights will include the complimentary Back to Basics weekend series featuring epicurean tips and tricks from the pros, book and bottle signings and The Chocolate Experience: From Bean to the Bar, hosted by Ghirardelli and offering guest samples.

Plan for a premium adventure:

Back to Basics series, special book signings, Eat to the Beat concerts, cultural adventures, Marketplace Passport and all attractions and park entertainment are included with regular Epcot admission.

As more info is released about Epcot Food & Wine Festival 2016, I’ll be back with an update.

Until then tell me, have you been to the festival? What do you enjoy (or not enjoy) about it? Let me know in the comments