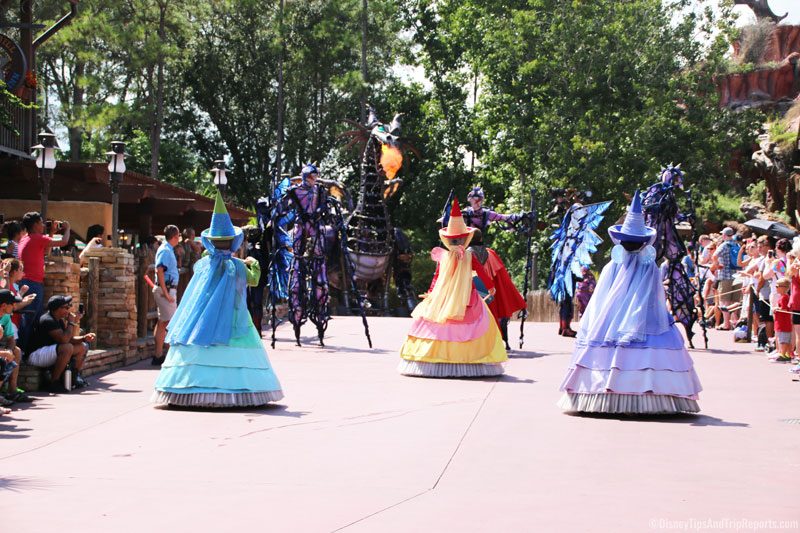 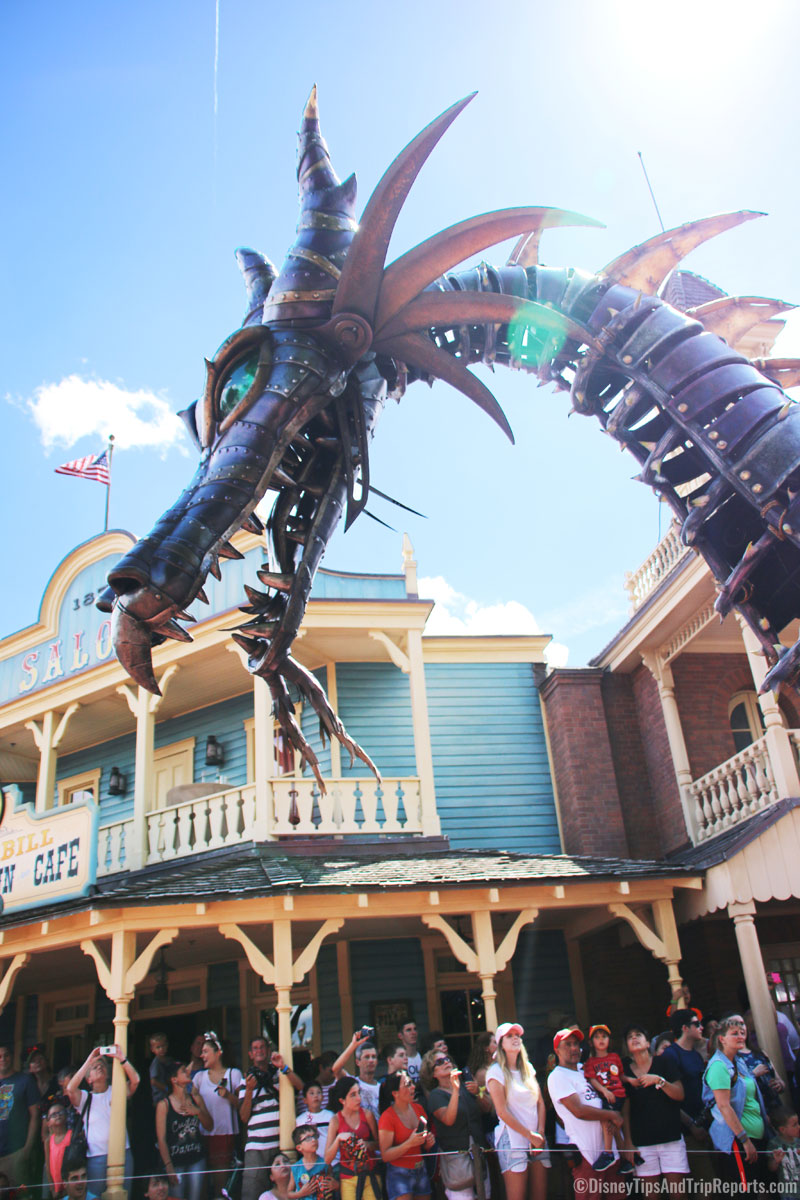 The Maleficent Dragon is awesome! I was patiently waiting for it to breathe fire, but arrrrgggh, it didn’t! I did capture it right at the entrance of this section of the parade, but not close up. I love being at Walt Disney World for the parks and all the fun (of course), but I also love taking photographs there too, so even though I’ve got that shot before, it is frustrating when it’s a missed opportunity.

It was made up though by Snow White walking by and saying hello to everyone – and wishing me a happy birthday, and later, as Mickey & Minnie went by in their hot air balloon float, Minnie made a heart shape with her hands, and blew me kisses. Aww, it made me tear up that she had singled me out! What a baby I am! 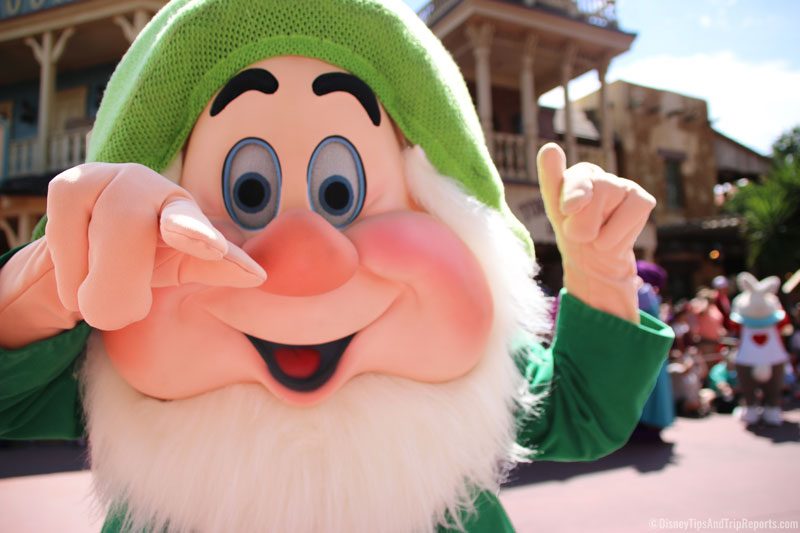 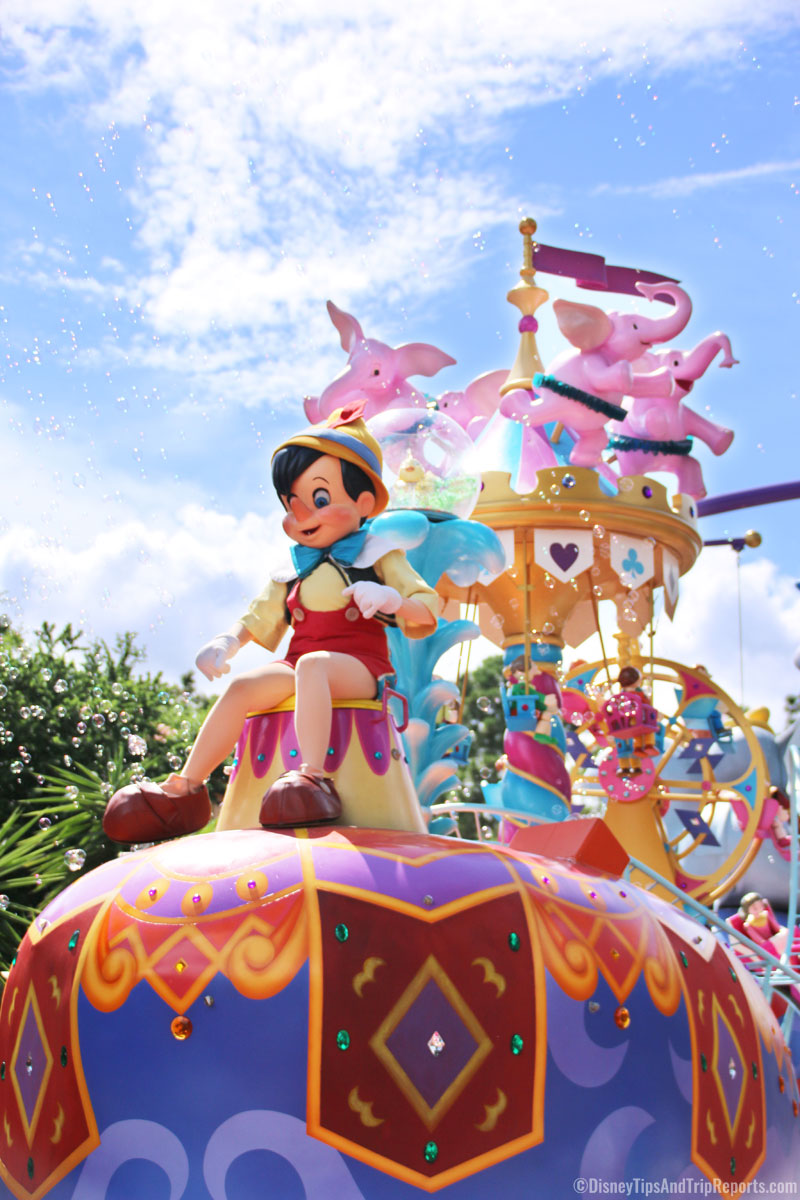 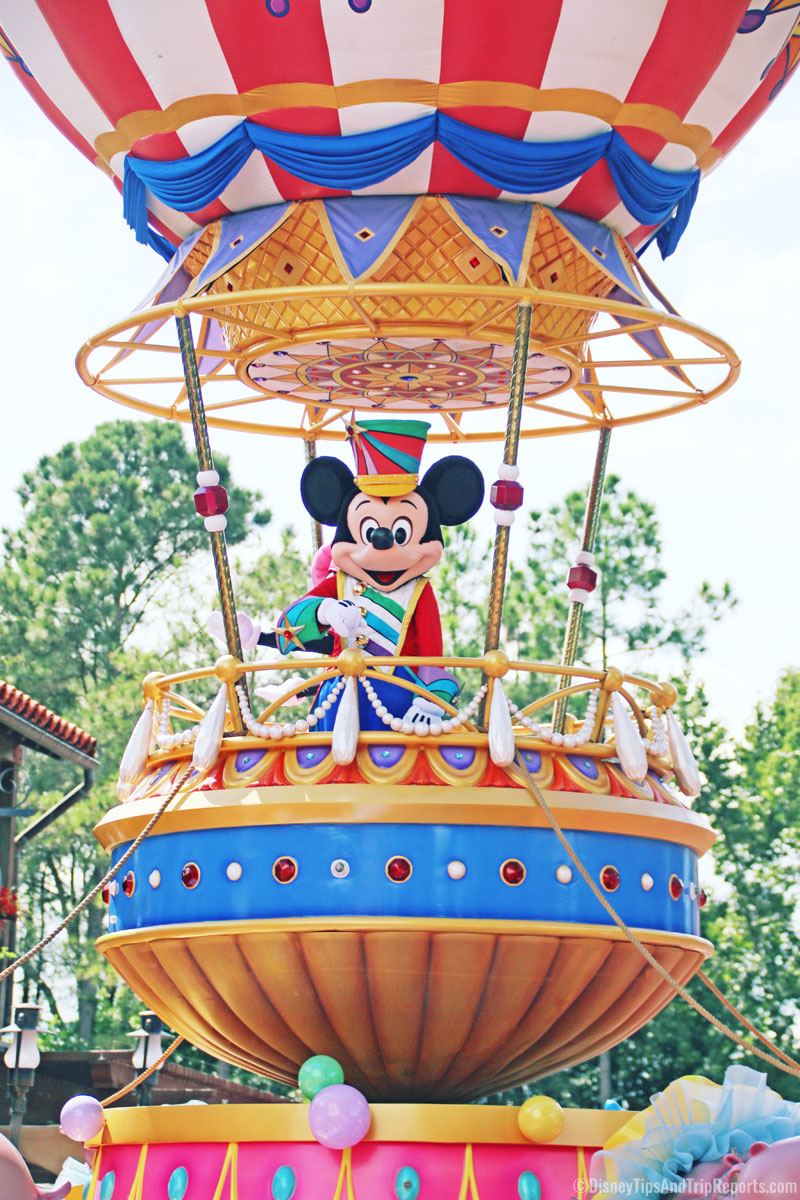 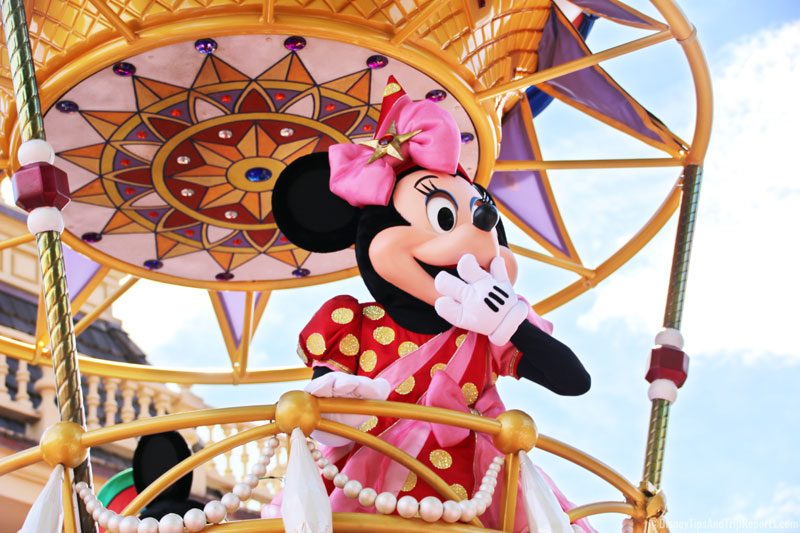 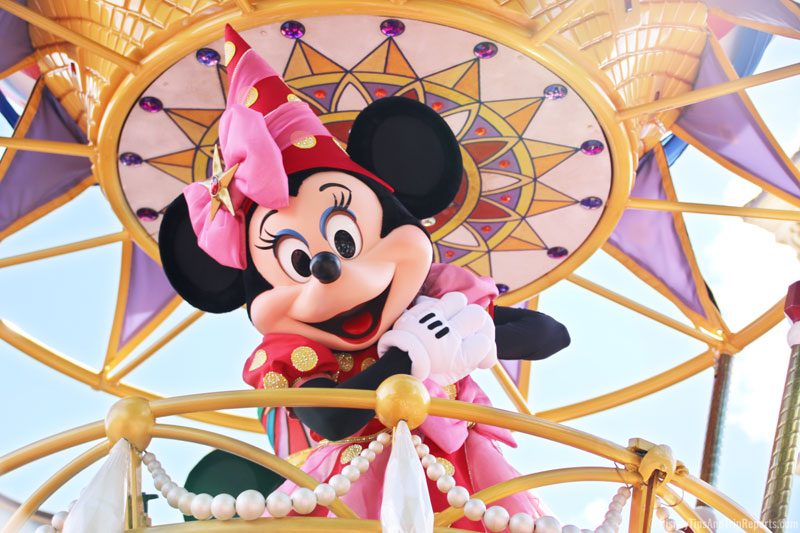 With the parade past us, and the crowd dispersing, we went back through Adventureland to Main Street USA for lunch at The Crystal Palace. This was my birthday meal choice – we have always had such a great time at this character buffet – the food is good, and I love Pooh, Tigger, Eeyore and Piglet who are the characters you can meet here. 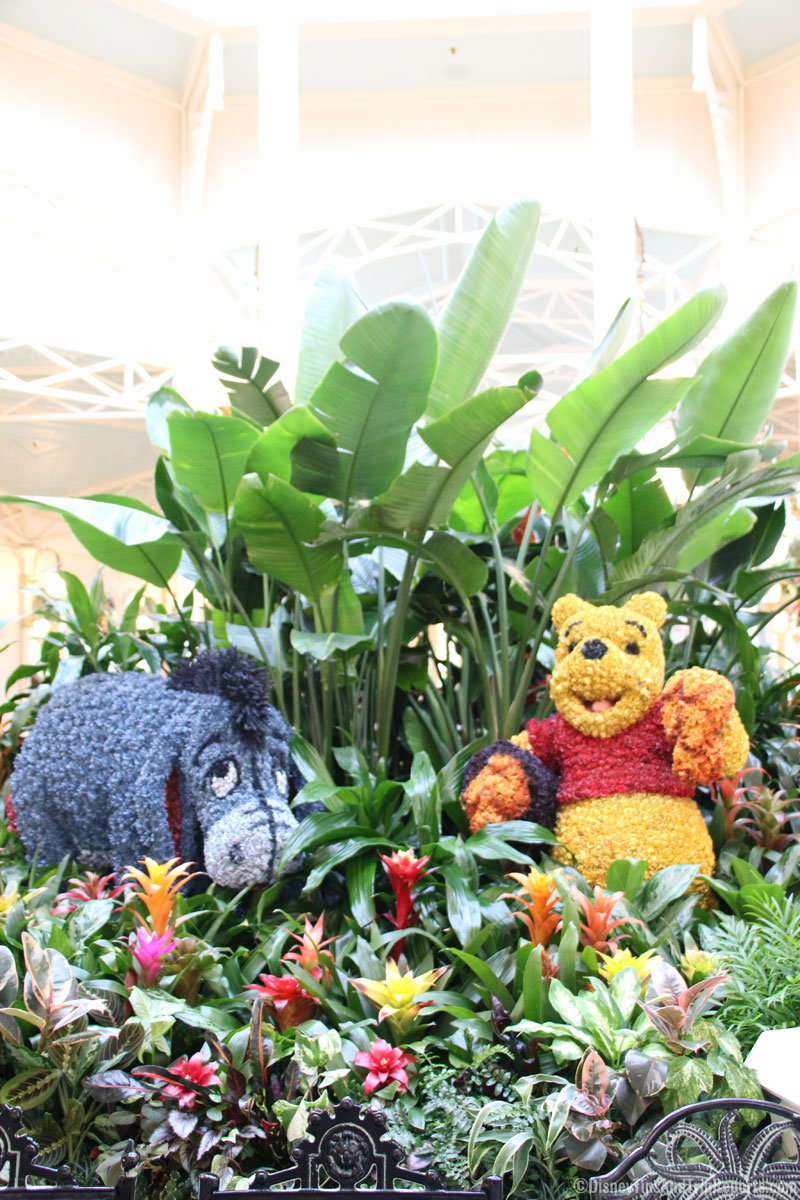 The food here is served as an all-you-care-to-enjoy buffet, a non-alcoholic beverage is included in the price, which varies depending on the season (high/low) and day of the week (weekday/weekend). This restaurant does not serve alcohol

The restaurant is in two sections with the buffet stations in the middle. There are lower stations for children to reach, and they generally have foods like Mac ‘n’ Cheese, and Chicken Nuggets, Pasta and Meatballs, and Kid Friendly Veggies  – but they can also take from the full buffet too (and vice versa for adults!)

The food varies, but generally you’ll find an array of Salads, Soup, Pasta, Breads, Fish, Peel-n-Eat Shrimp, Chicken, and Vegetables. There is also a carving station with Roasted Meats. 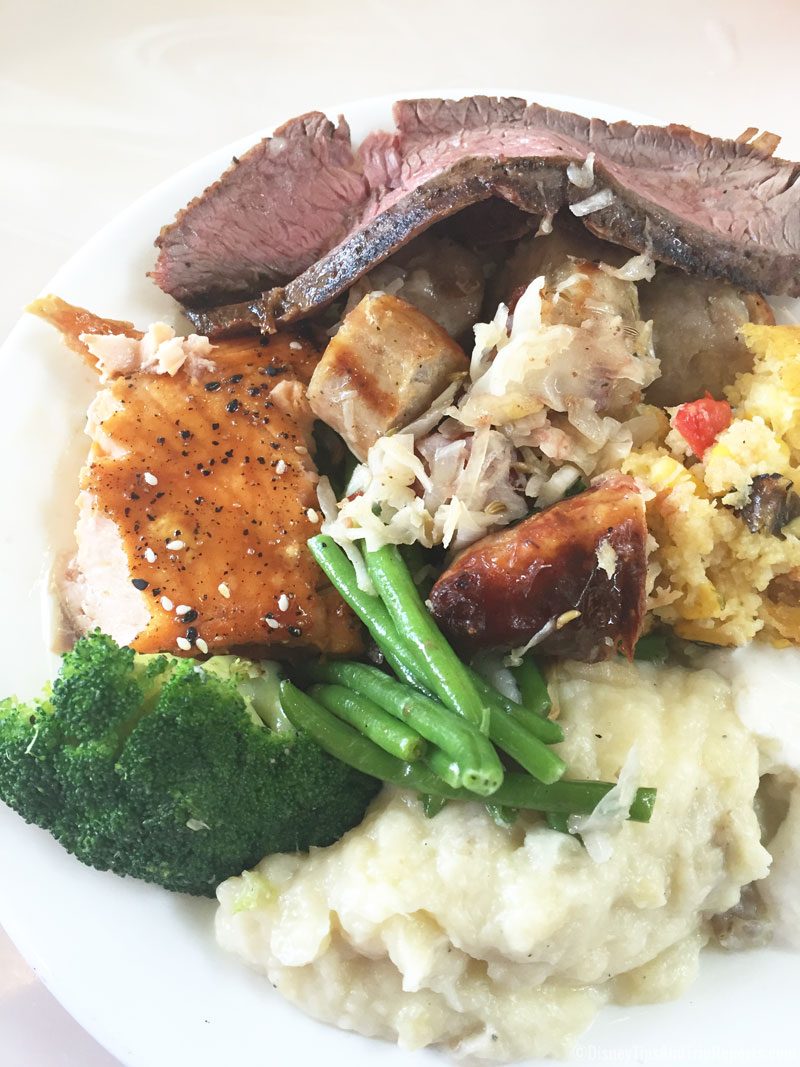 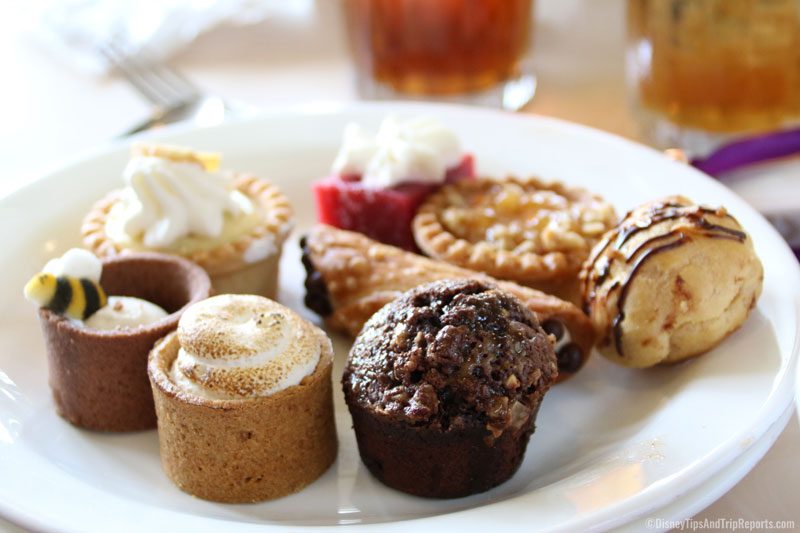 The characters work the room, table by table – two characters each side of the restaurant usually. During your meal you should get to see all of the characters. I don’t think we’ve ever not met all the characters at any character dining location.

Character Dining Tip – Seat your children on the outside of the table so that they can get up and hug the characters easily. Make sure you have your autograph books out on the page you want signed, and your pen opened for the character to use. Also make sure you have your camera ready! And I know kids get excited when they see the characters, but let them know that they will be seeing them soon – I’ve seen children run up to other tables, and it’s just not fair on the family whose turn it is.

And as for wondering if it’s okay for an adults only party to dine year – of course it is! We have just as much fun as the kids do! These days, the characters are great at taking selfies with you which I often do. I am in love with the one of me and Tigger this year! And my brother and Meg loved meeting Pooh and his pals. 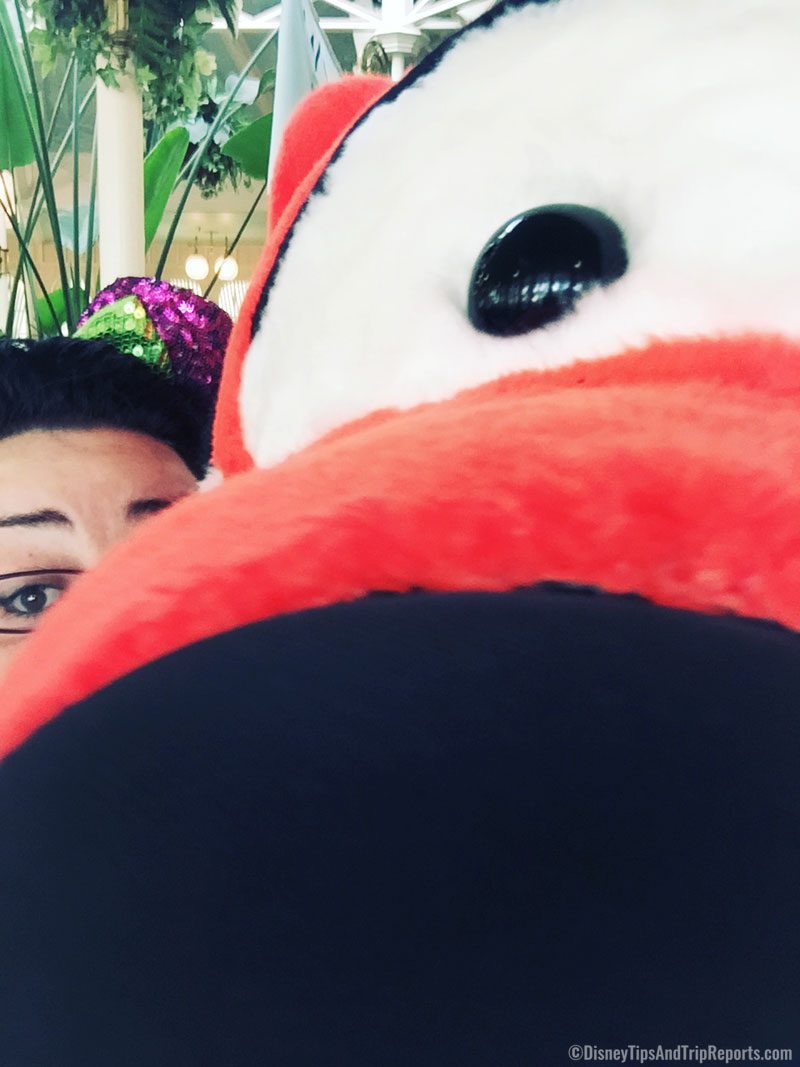 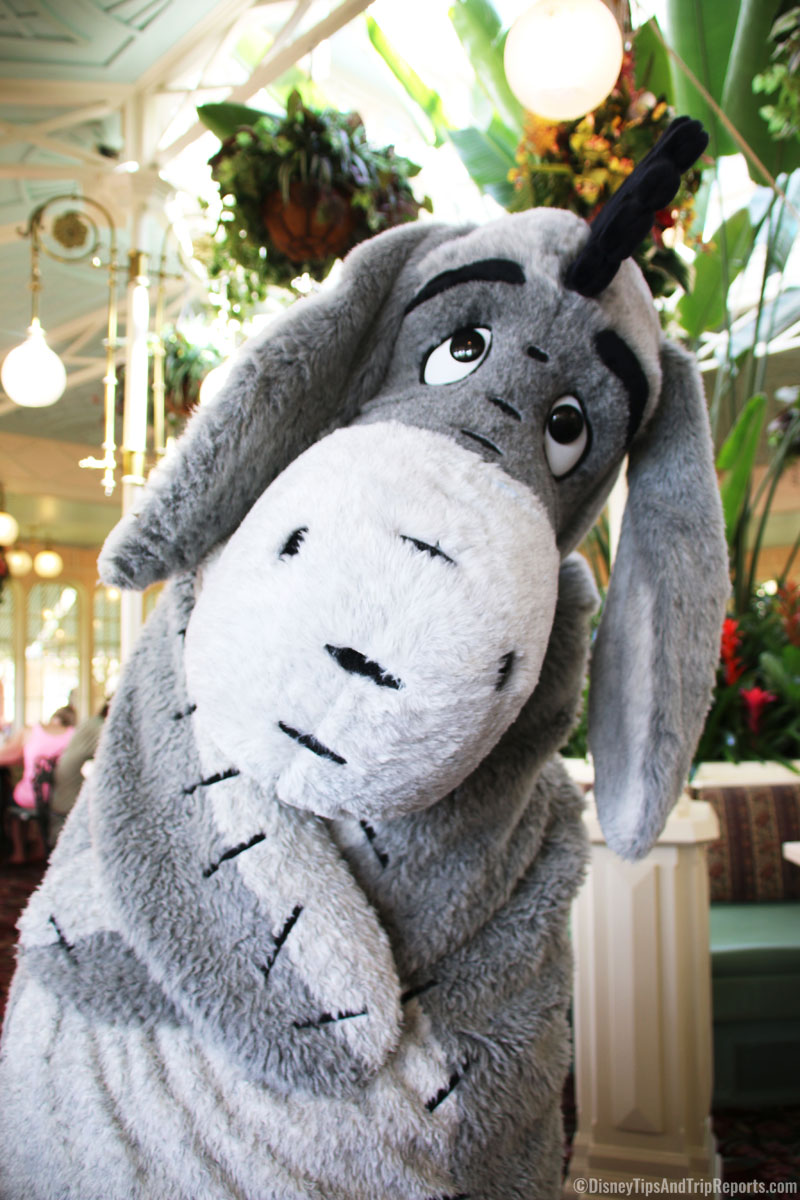 Steve had arranged a birthday cake for me, and I also received a card from Pooh, Tigger, Piglet and Eeyore. There was Mickey shaped confetti sprinkled on the table too, and I couldn’t have asked for a more fun birthday lunch! 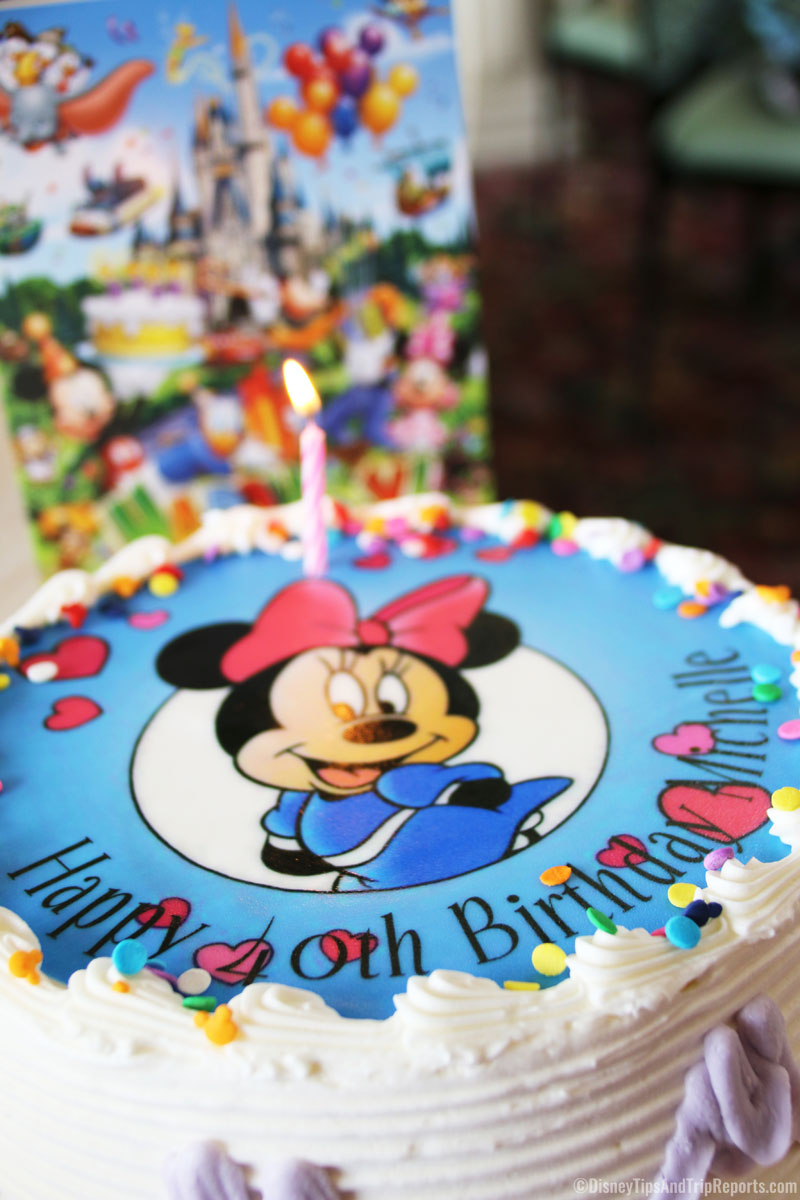