This would be the first of two nights we’d spend at the party. This MNSSHP was just Steve and myself, and the other one was with my brother, Chris and his fiancée, Meg. I wanted to make sure I had ample chances to get photos of the parade and fireworks for my blog – plus, I love Halloween, so it’s any excuse really!

We didn’t dress up in costumes. Steve wore a Ghostbusters t-shirt, and I wore the same purple dress as I did last year. This years make up was Maleficent inspired, but I got the green and purple the wrong way around – annoying!

I started out wearing my Poison Apple Ears which I bought in 2013, but sadly, the band got broken in our suitcase, and despite us trying to fix it, they were not going to stay on my head all night. So I compensated myself and bought a new pair of ears! So the reason for happy smiley me is because I’m excited to be going to MNSSHP, the glum photos of me are because it is pouring down with rain, and we are stuck in the Emporium on Main Street USA. I’ve included a quick video from Snapchat/Instagram to show you how heavy the rain was – which only got worse. I think it was at this point I was really cursing myself for having to use a scooter on this trip, but in all honesty, even walking about in that kind of rain is miserable.

As the rain continued to fall, it got more horrid with thunder and lightening. You could see people rushing to exit the park, and we heard that there was a long tine at the Town Hall of people complaining and wanting their money back. We waited in hope that the rain was stop, and the fireworks and the second parade would be shown.

We manoeuvred our way through the Emporium to Casey’s Corner so that we could get a hot dog for our dinner. They now sell the hot dogs in regular and footlong size – which I’m sure they didn’t used to do. They come with fries on the side (or you could have a fruit bag); and we also bought a drink to share. The hot dogs were good – we somehow shared the two types between us!

Him: Chili-Cheese Dog – Topped with Chili and Shredded Cheddar Cheese ($12.29) 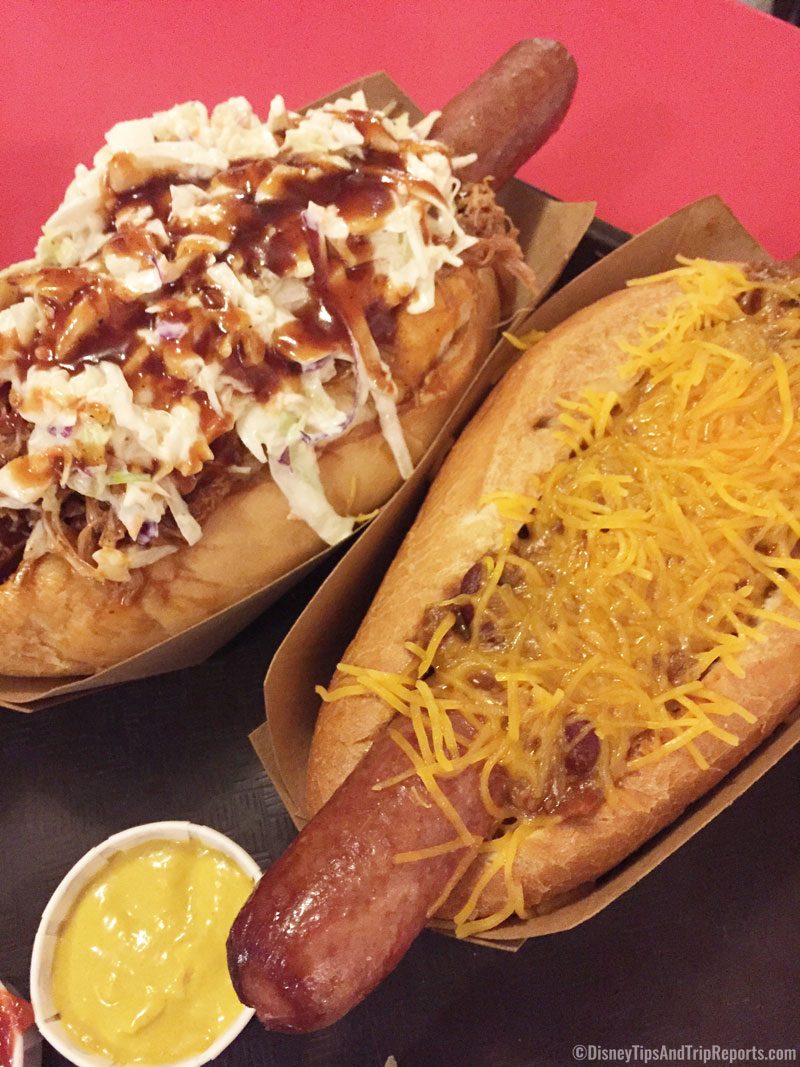 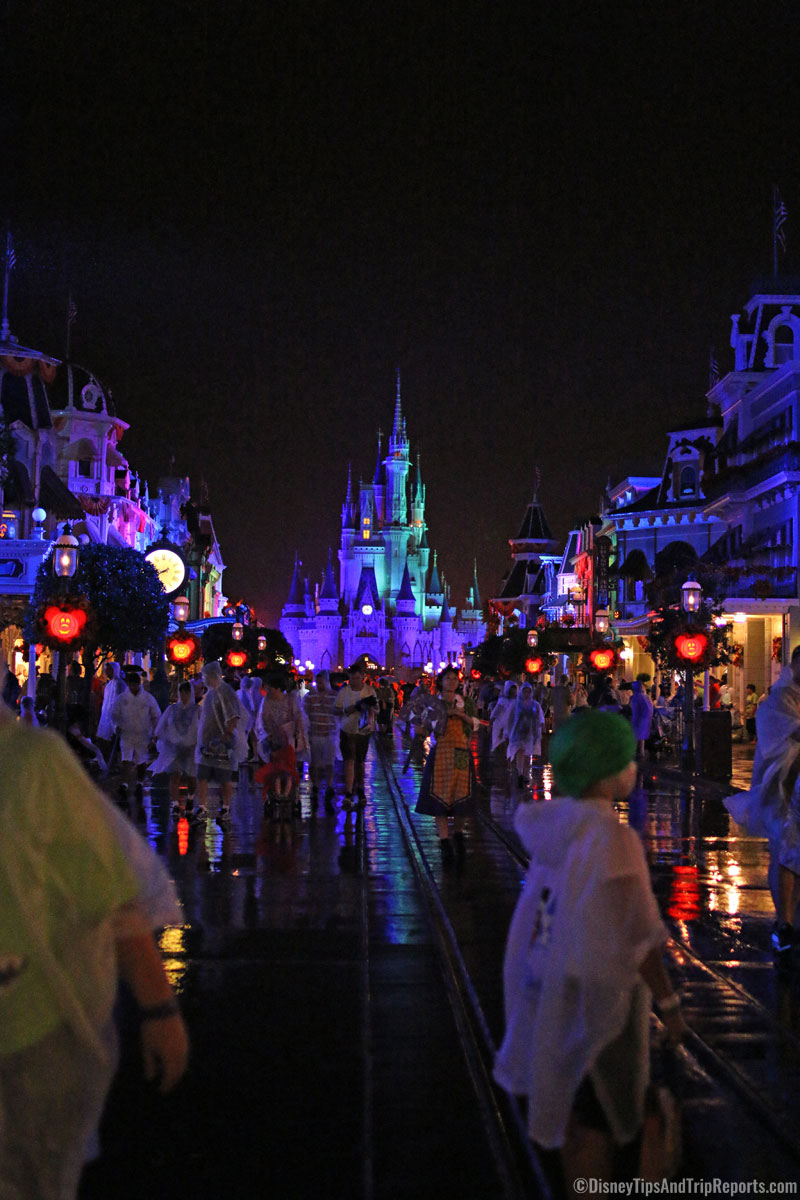 Fortunately, the rain dried up for HalloWishes and Boo To You, round 2. But first, it was time for Celebrate The Magic, a [now retired] light projection show on Cinderella Castle. It really was lovely – the musical score, and the projections. It has been replaced by Once Upon A Time.

I wasn’t sure what settings to use for this so my photos are hit and miss, but I’ve included some of them below. There is also the video that Steve filmed so you can watch for yourself!

HalloWishes – which is the Halloween fireworks show followed next, and for me, they are the best fireworks at Walt Disney World. Now that Wishes has come to an end though, I wonder if they will be changing the party fireworks? I do hope not – I don’t think my Disney heart can take any more changes just yet!

I got barely any photos from the fireworks this time around – I wasn’t able to set up my tripod, and so I took a couple handheld for posterity, and just enjoyed the show instead. I am sure you’ll forgive me. I do have more photos from the next time we went to Mickey’s Not-So-Scary Halloween Party – so you’ll be able to see more then! 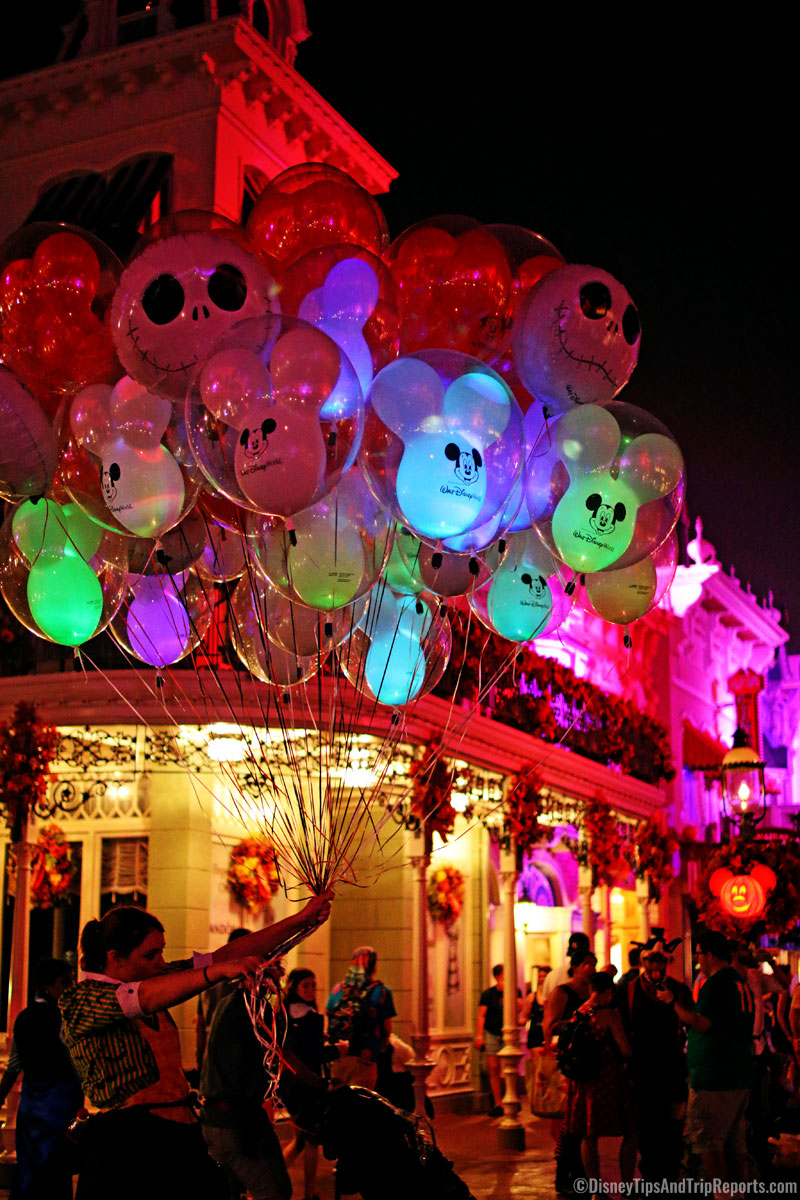