After watching Festival of Fantasy, we went back to Pirates of the Caribbean, which had been down when we tried to ride it earlier. This time around, all was okay, so using a Fastpass+ from our DVC tour, we joined the line. We didn’t have to wait too long, and we were soon boarding the little boats. Where I sat was soaking wet – noice – so had a wet bum for the duration of the ride! We do love this ride, even though the drop in it isn’t as big as the one in Disneyland Paris, we always need to go on PotC! I’m rubbish at taking photos on this ride though… need to improve for the future! 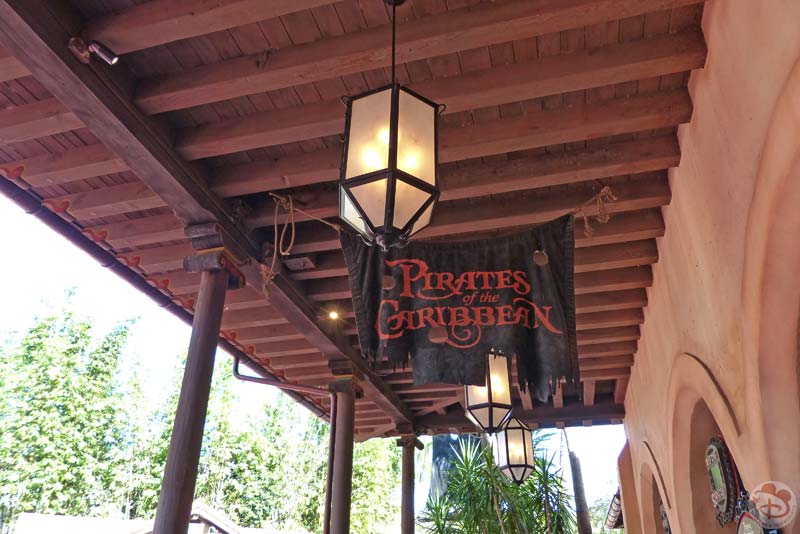 We also managed to catch Captain Jack Sparrow and Joshamee Gibbs on the stage opposite the ride. Never seen them before. We then carried on back through to Main Street USA, as the park was starting to get busy with party go-ers for Mickey’s Not-So-Scary Halloween Party that was on that evening. Liam was hungry, so we made a pit stop at Casey’s Corner for a hot dog for him, and some corn dog nuggets for Steve and I to share.

Chili Cheese Dog – topped with chili and shredded cheddar cheese, plus fries, drink, and a brownie – I think this was all a meal credit. I don’t seem to have a photo of the receipt (which I tend to do to keep track!) so can’t say for certain. In my spreadsheet though, I’ve got food down from Casey’s as $18.07 total. I know we paid cash for the Corn Dog Nuggets ($6.38), as they were not available as a snack credit. I’ve taken so long to write this trip report, that my memory of the finer details are now gone.

As we sat on the tables outside, Dream Along With Mickey was being performed on the stage in front of Cinderella Castle in the distance. Any excuse for me to watch and singalong!

On the way out, we saw our first Flag Retreat Ceremony, which takes place in the Town Square on Main Street USA, and is a tribute and thank you to veterans for their service, sacrifice, and dedication to protecting the country. The Pledge of Allegiance is said, and a trumpet fanfare sounds Retreat. As the American flag is lowered, the Main Street Philharmonic plays the Star Spangled Banner. Members of the Color Guard remove the flag from the staff and fold it while guests are lead in a chorus of “God Bless America. A guest veteran is handed the flag, and there is a short procession down Main Street USA while a medley of US Military songs conclude the ceremony. It happens at 5pm every day. We all found it very moving.

One final part for today to come, with dinner at California Grill, and watching our first HalloWishes from the restaurant at the top of Disney’s Contemporary Resort.