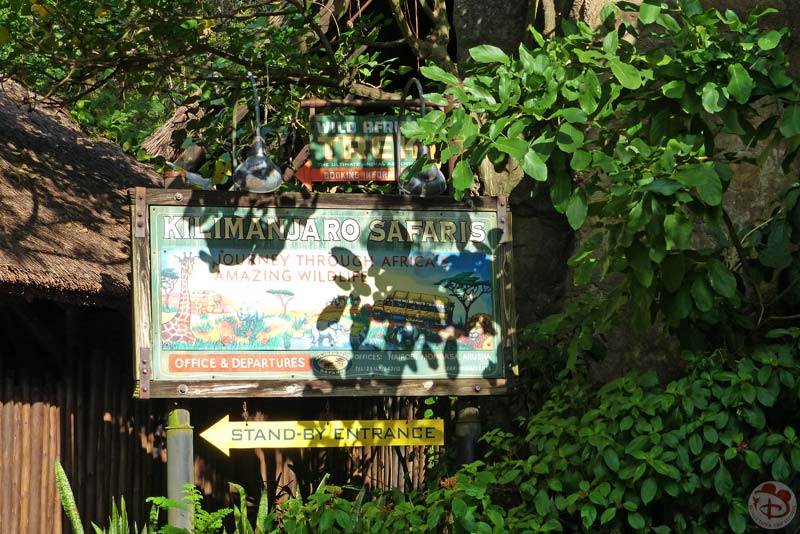 Kilmanjaro Safaris takes you on an 18 minute expedition around the Harambe Wildlife Reserve, where you may catch a glimpse of some of the animals in their habitats like the open plains, forest landscapes, and rocky wetlands. The reserve is 110 acres, and there are some 34 species of African animal for you to try and spot.

It’s never the same safari twice, which is why I personally love this “ride” so much. We had a good ride today, seeing some of the usual animals we tend to always see like ankole cattle, ostrich, elephant, rhino, and giraffe, as well as some I don’t think we’ve seen before like the cheetah and baboon.

When taking photographs you have to be quick, as the truck doesn’t stop for long – if at all, so if you have a point and shoot, put it on a sports setting, or if you’ve got a DSLR, try a fast shutter speed. You also need a fairly steady hand, as the road is very bumpy at times! I also think that the truck drive/tour guide can help make this trek around the reserve more informative, depending on their knowledge of the animals, and of their habitats. We had an amazing guide one year, and it felt like we were on a real safari out in Africa!

Animals you may see on Kilamanjaro Safaris

After the safari, we went through Pangani Forest Exploration Trail to see the baby zebra, and baby meerkats, as well as the gorillas. Whilst viewing the gorillas, a pair of them decided to have a fight – not sure what sparked that off, as one was quite happily sitting their, eating some vegetation; then suddenly he turned! It can get quite congested in parts along the trail – especially where the gorillas are behind the glass wall. We still haven’t taken our time in many areas of Animal Kingdom – it really is an educational place to visit, as well as being a theme park. One day we’ll slow down!

That said, it was all about the animals today – I don’t think we’ve seen so many in one day before!