As we waited for nightfall to come, we did a bit of mooching in the shops, including Watto’s Grotto which had a lot of cool Star Wars merch. I bought a Star Wars cookbook, and kinda wish I’d bought that R2-D2 bag now!

We then grabbed a snack (corn dogs), had a look at some of the festive displays, and waited for the switch on of the lights. Corn Dogs are not available as a snack credit (boo!) so we had to pay the $5.32 for each one, out of pocket. 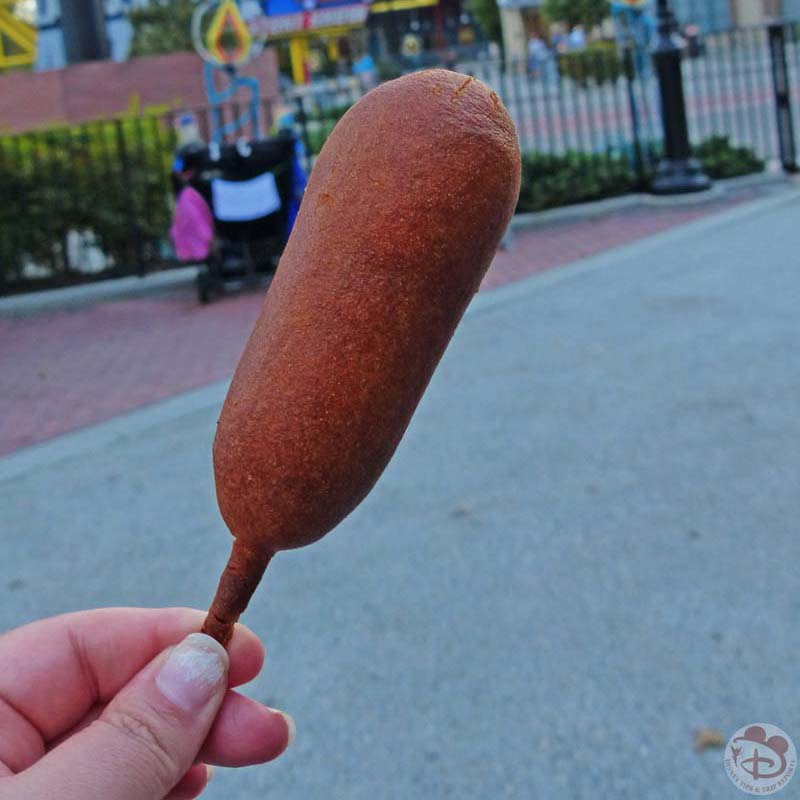 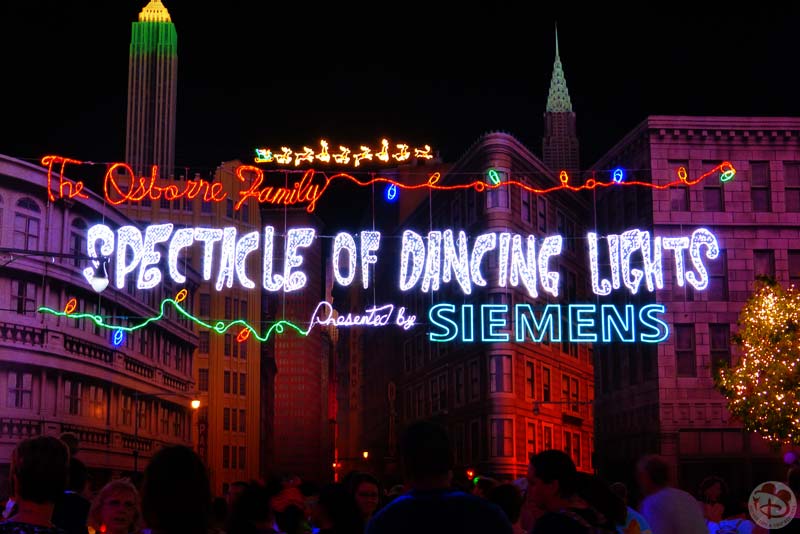 The Osborne Family Spectacle of Dancing Lights has quite the history behind them. You can read about them in full over on Wikipedia.

The lights started life at the home of the Osborne Family in Arkansas. Jennings Osborne decorated his home with 1000 lights for his 6 year old daughter called Breezy in 1986. Each year after that, it got bigger and bigger. Eventually Osborne purchased the two properties adjacent to his own and expanded the display into them. They included:

The lights were extremely popular in both in Arkansas and around the world, as news crews often visited to film the display. Since their house was located on one of the busiest streets in Little Rock, it eventually caused severe traffic issues, and lots of complaints. The display grew bigger every year, and by 1993, was lit for 35 days during the Christmas season, from sunset to about midnight every day. Six neighbours filed a lawsuit, saying traffic congestion made trips to the corner store take two hours, and they feared emergency vehicles could not get down the street. Osborne responded by adding three million more lights. 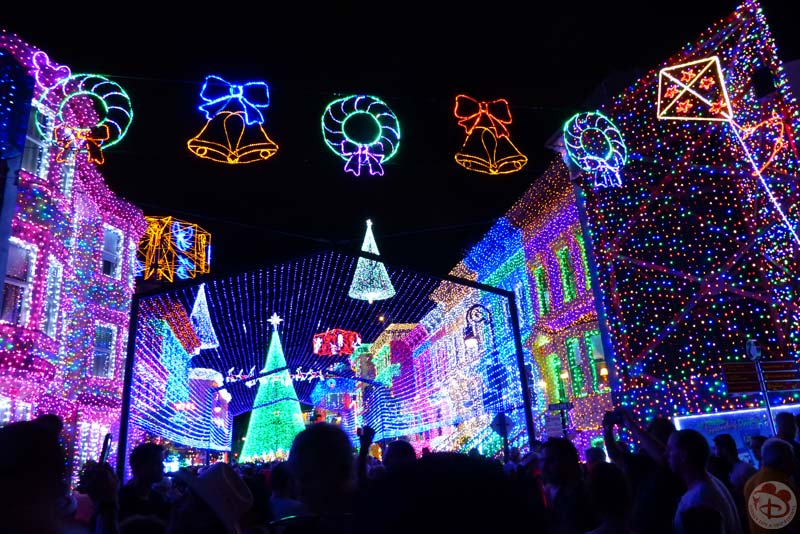 The story of the light display’s court case brought national attention, including offers from several cities to host the display. Walt Disney World project director John Phelan contacted Osborne’s attorney about moving the display to the Orlando resort, and eventually discussed the potential move with Osborne himself.

Osborne was intrigued by the offer, but initially understood that Disney wanted to put the display on another residential street in Orlando. What Phelan actually offered was to install the display on “Residential Street,” a back-lot section at Disney’s Hollywood Studios theme park (then known by its original name, the Disney-MGM Studios). Being a fan of the resort himself, and realizing where the display would go, Osborne accepted Disney’s offer. In 1995, the display was set up on Residential Street as “The Osborne Family Spectacle of Lights,” becoming an immediate success.

Residential Street was visited using the backlot tour’s tram vehicles. When the light display was in place, however, the tram tours would stop before sunset, allowing guests to walk among the displays. Initially the display was purely the original lights from the Osborne estate, but in subsequent years the display was augmented to its current size of over five million lights. The display’s Disney caretakers have also added a number of Hidden Mickeys into the lights. The 2007 edition of the display featured over 40 of the icons. In the final showing, there were over 80 Hidden Mickeys featured.

The display was made up of over 10 miles (16 km) of rope lighting connected by another 30 miles (48 km) of extension cords. The extension cords and lights were held together using two million ties. It took 20,000 man-hours to install the display each holiday season, starting in September. The lights were turned on at dusk each night, starting in mid-November and running into the first week of January, and required 800,000 watts of electricity.

For the 2006 edition, the park added over 1500 dimmer relay circuits and control switches to the display to enable the lights to dim on and off electronically. The relays were choreographed to a musical score, and the display was given its current name. 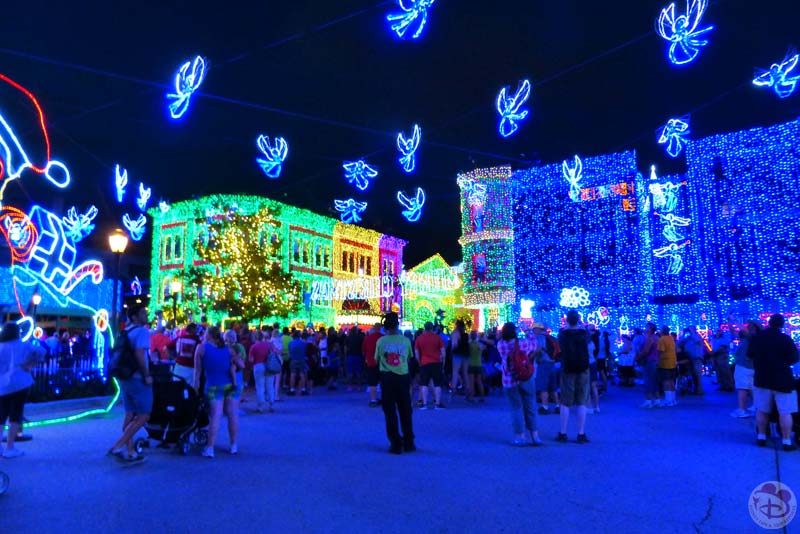 Whenever a choreographed song was played the lights “dance” to the music. After each performance, the lights remained steady for about seven minutes before “dancing” again to another selection; other holiday selections play during the intermissions, along with recorded “live” segments from a fictional radio station (with Arnie and Anne) and visits from Disney characters. The dancing segments cycled roughly every 40–60 minutes.

On September 11, 2015, Disney announced that the 2015 holiday season will be the final season for the Osborne Family Spectacle of Dancing Lights, with the final performance scheduled for January 3, 2016.[15] On January 3rd 2016, it was announced the current season would be extended by 3 more nights, with the final performance rescheduled for January 6, 2016.[16] The final songs the lights danced to were “Have Yourself a Merry Little Christmas” and “Mickey Mouse Club Alma Mater”.

Here is my video of these magical dancing lights – I’m so sad that we will never get to experience them again, but so glad that we got experience them at least once. I remember as they sprang into life and the big cheer the crowd gave – I actually burst into tears it was so overwhelming!

It was absolutely packed to the rafters, but we managed to get around, listen to the songs, see the dancing lights, and see what interesting things we could spot amongst the millions of lights. I hadn’t realised that there were so many Hidden Mickeys to be found (see above) so we weren’t really looking out for them – only found two, according to the photos that I took. 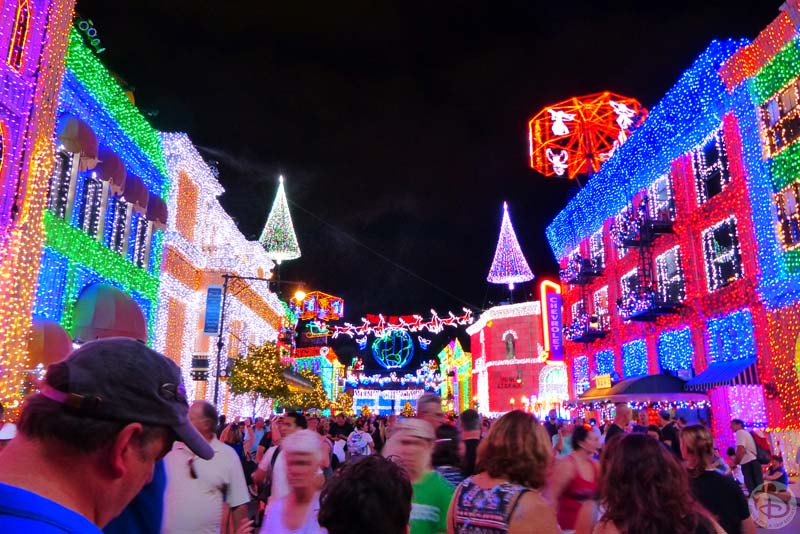 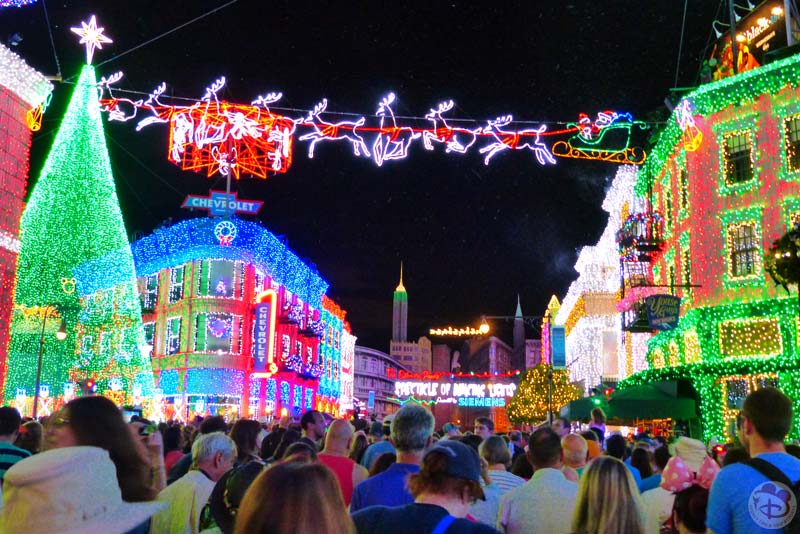 This was one of the first nights that the lights were being displayed – I wished we had, had the time to go back again and see them. I know there are so many fans that hope that the lights will return to Walt Disney World… somewhere… especially as they’ve been switched on for 21 years. 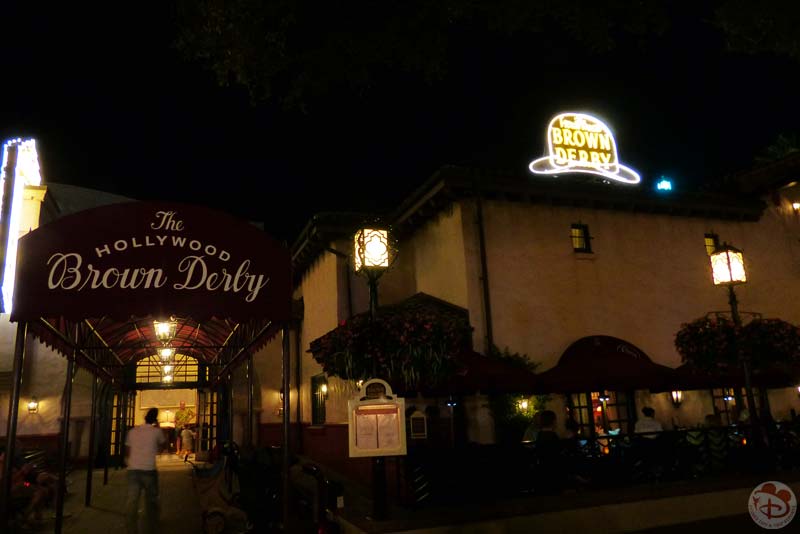 After seeing the lights, we headed over to Hollywood Brown Derby for our dinner reservation. We have dined here before, and enjoyed it, so thought we would go for a second time. Sadly, the service was dire. Our main courses were brought out as we were still having our starters. And then they brought out the wrong dish for me. Drink refills were also lacking. We did complain to the management on the way out to voice our concern. It was quite a poor end to what had been a great night. More so, as we’d been looking forward to dining here again.

I do remember that the restaurant service in general seemed to be on the slack side this year – Disney restaurants need to step up their training game!

Signature restaurants at Disney always (at least in our experience so far) present you with a bread basket and butter. These were welcomed as we were quite hungry by the time our reservation rolled around. The butter was flavoured with herbs and salt – for some reason, in my head I have thyme and Hawaiian sea salt.

My son is a bit of a picky eater, and didn’t want a starter, so we ordered this salad as it was quite light, and Steve and I could share it with our main meal. We find that vegetables always seem to be lacking at Disney World restaurants!  The starters were delicious – I really loved the tuna that I had. 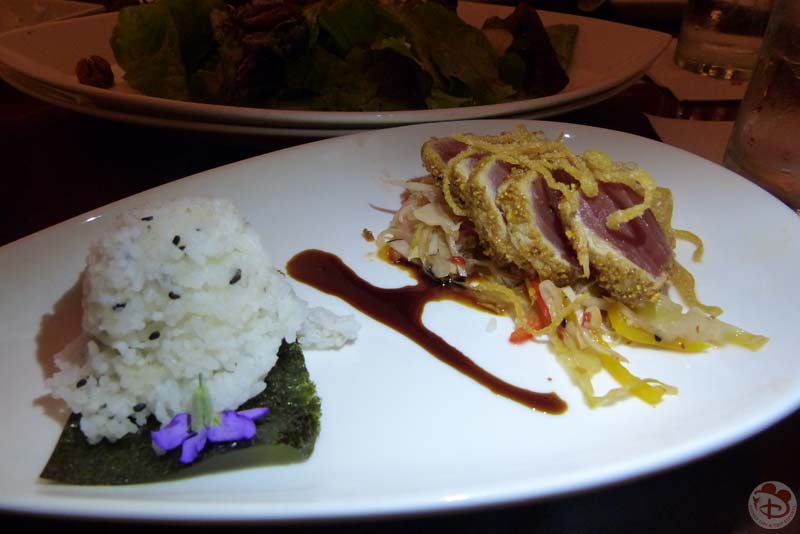 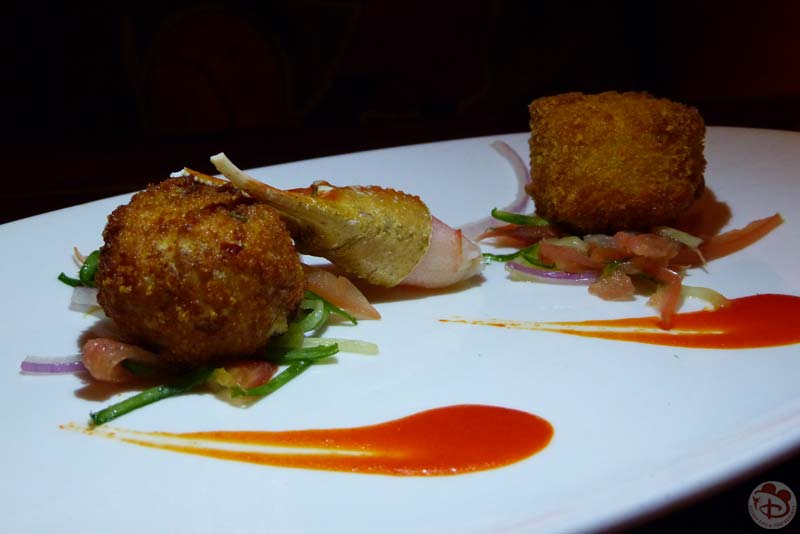 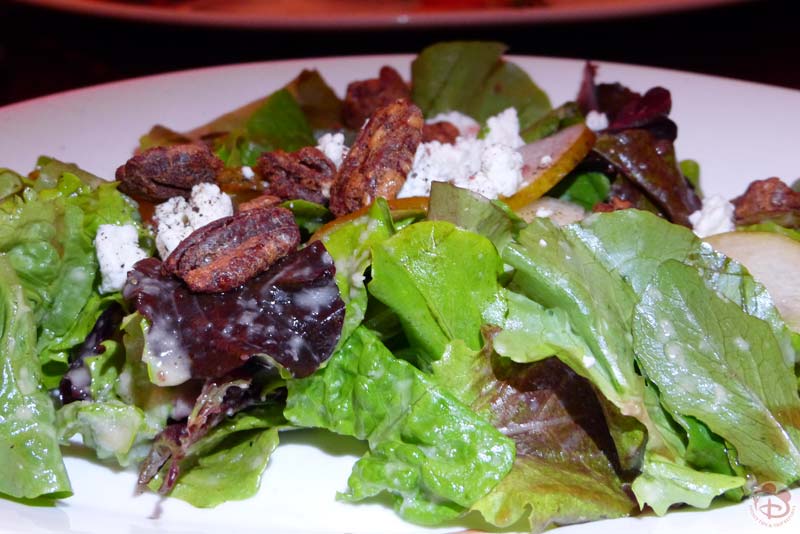 Like I said, Liam is a no-fuss-food kind of boy, so he asked to have fries instead of the mash, and to not have the flavoured butter, or wine reduction. I insisted he keep the veggies! 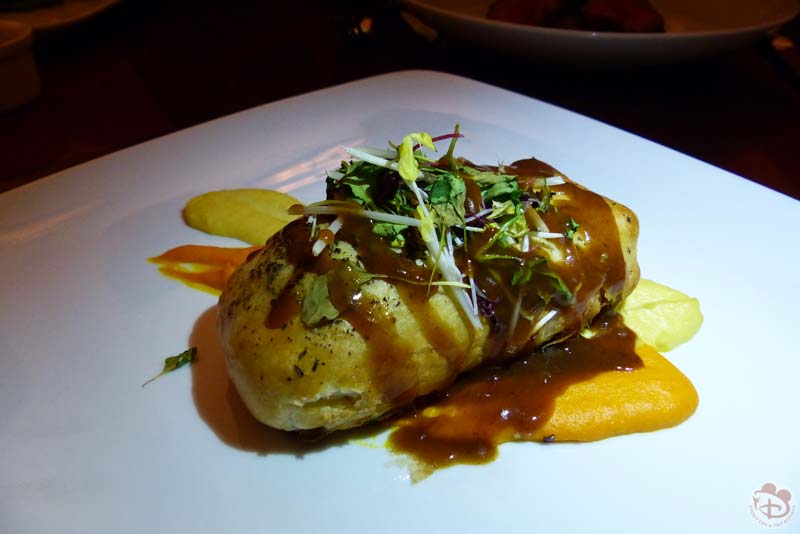 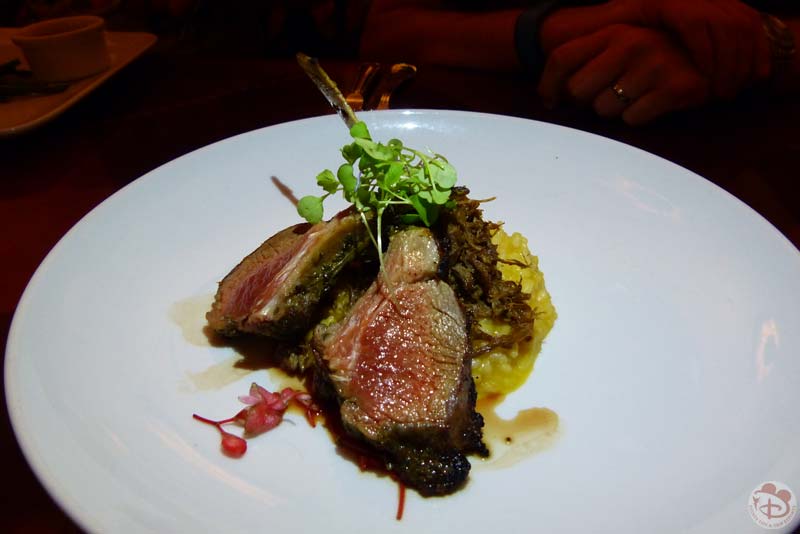 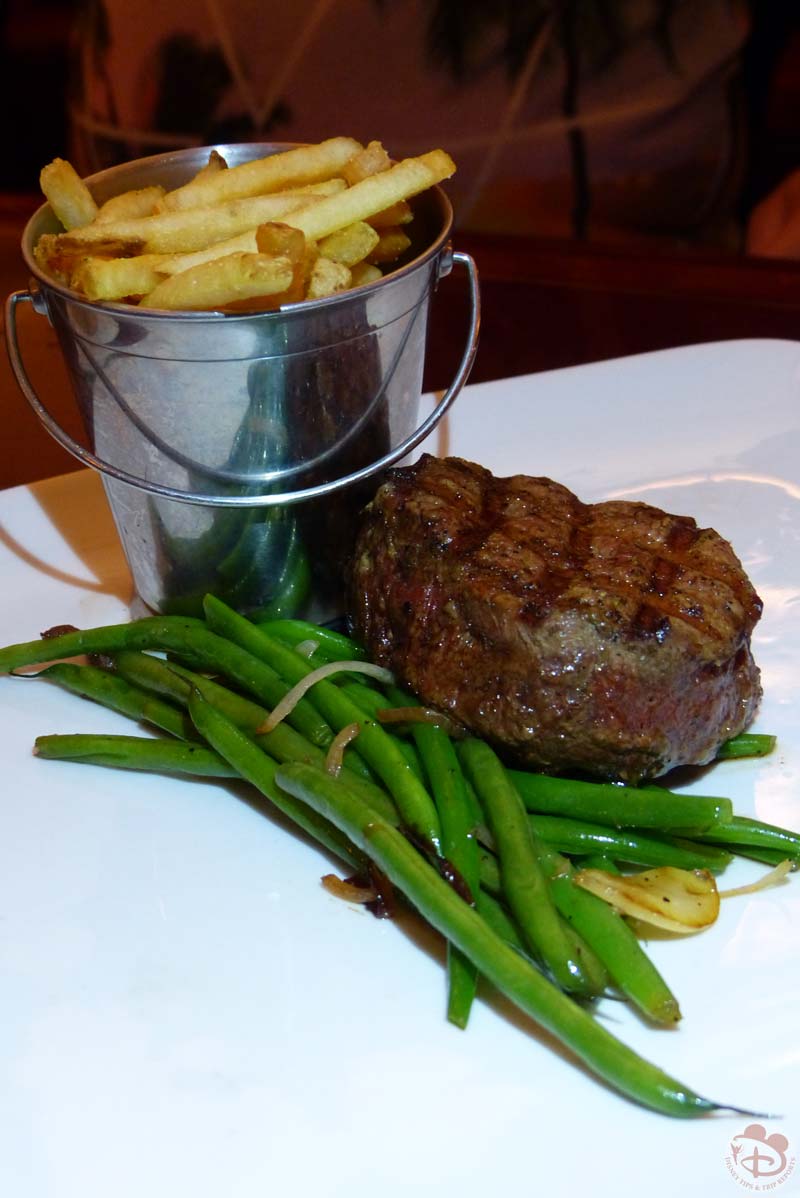 For desserts they only have one item on the menu – The Hollywood Brown Derby Dessert Trio. You pick three from the selection of mini desserts. I do love mini desserts, they’re a nice way to try out several things at once! 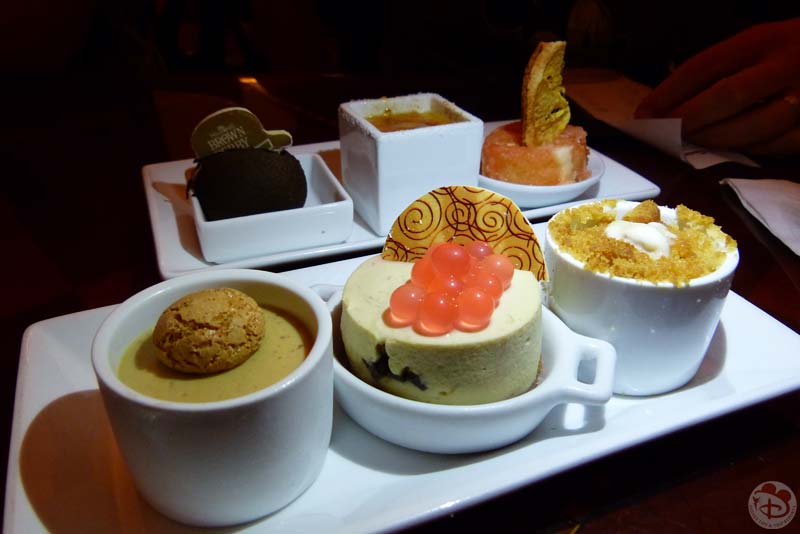 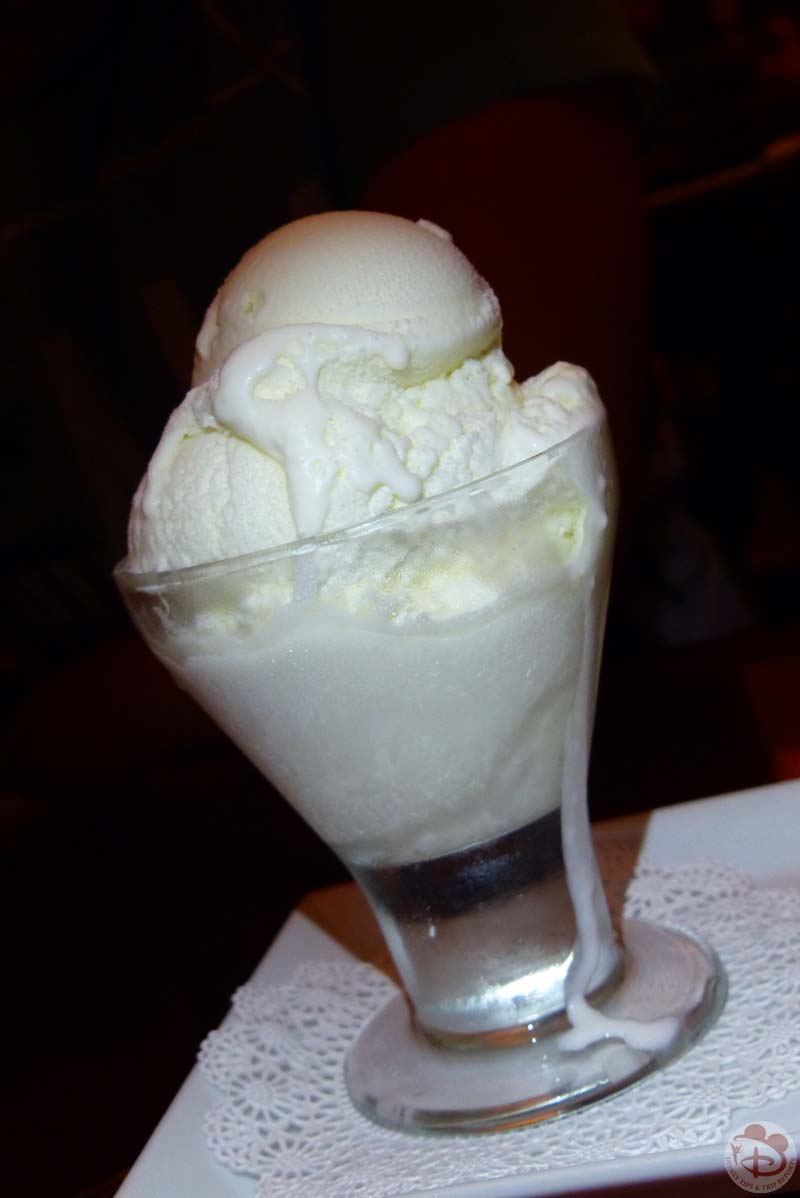 We paid our bill, and made our way to the car park to journey home to Wilderness Lodge. Animal Kingdom tomorrow!