Day 2 of WDW-40, the latest of my Disney Trip Reports, is here! Today we drive to Disney’s Vero Beach Resort for a few days. It’s on the Atlantic Coast, and takes about 2 hours to drive there. We made a couple of pit stops along the way! Dinner was at The Green Cabin Room, a bar/lounge at the resort.

If you haven’t read the pre-trip planning report yet, why not have a quick read now to bring you up to speed about who we are, and why this trip report is called WDW-40! You might also want to start reading from the beginning of the report!

Dinner at The Green Cabin
September 5th, 2016
My trip reports are generally photo heavy, images in tiled galleries can be clicked on to enlarge. All the photos from this day can be found here | Florida 2016 photo collection on Flickr here.
WDW-40, 2016: Trip Report Index | Pre-Trip Planning Report | About Us
Some days are split into several parts; please use the page numbers at the bottom of the post to continue reading.

We woke up at around 7:30 am, so had managed to get  few more hours in, after waking up at around 4:00 am thanks to jet lag! There was a lovely sunrise, and then we watched some planes taking  off.

The first part of our month long holiday was to be a time for us to chill out, relax, and not do very much. We had both been having a tough year with work, and other stresses, and were looking forward to this breakaway from everything. Our check-out time from the Hyatt Regency was at 11:00am, and we couldn’t check-in at Vero Beach until 4:00pm, so we figured we’d make use of the hotel room for a few hours.

Steve went to grab some breakfast from the hotel restaurant – you can pack up boxes to-go which is very handy. He also took some photos for the trip report too. I, in the meantime decided to do the Social Media thing, and get on Instagram and Snapchat… this did become less as the holiday went on – I don’t know how people do it, I couldn’t keep up!

Since I didn’t actually see the breakfast buffet, I can only go by the photographs, and what Steve told me about it: “Everything was well laid out, and looked fresh. The staff were happy to provide boxes, cutlery, and napkins to box up food to take back to our room. There were cooked options – eggs, sausage, bacon, potatoes, pancakes, etc; cold options – sliced ham, turkey, cheese, smoked salmon, fruit, etc; cereals, oatmeal, breads, and baked goods.”

Nearly forgot about Ricky the Rockhopper! My friends had given him to me (along with adopting a real penguin!) for my 40th birthday (in advance, I had an unbirthday party in August!) and I said I’d take him around with me and take photos of him… I lasted about 3 days!!

Eventually, we got ourselves showered and dressed, and made our way to the lobby to check-out. Our total bill was $235.78, which broke down as:

Next step was picking up the accessible van we hired from Florida Van Rentals. Because I was hiring an ECV for the duration of our holiday, we needed a car that could also transport it. It was absolutely the best decision we made to make things easier for me. It did add extra to the total cost of our holiday, but it was so worth it – without the use of the ECV, and the van, I would have been in pain, miserable, and unable to see, and do all the things we did. We also had to organise our own car insurance, which was really easy via Insurance4CarHire. Essentially you need to make sure you are covered for Supplemental liability insurance (SLI) and Collision damage waiver (CDW).

The hire company is located near to the airport, but not at it like the main car hire companies; so they dropped the car off to us at the Hyatt – leaving it with Valet Services, which they organised. We picked up the keys, and with the help from a bellhop, Steve loaded the car, while I got my bearings with the car – adjusting the seat, making sure I knew where lights, indicators, wipers etc., were, making sure we don’t get locked out…

The van we had was a Chrysler Town & Country, which had been modified to hold an ECV, and had room for two people in the front, and two in the back. It was perfect for the two of us, and then the four of us, when my brother and his girlfriend flew out to Orlando a week later. The back doors, and the rear door opened automatically using the key fob; and the ramp was manual.

The photo below is actually of the van at Disney’s Polynesian Village Resort car park, but it looks like it’s the only photo I have of the car itself. The gear stick was up on the dashboard which was different, but really handy – as was the cup holder that you could pull out – a perfect spot for Ricky! 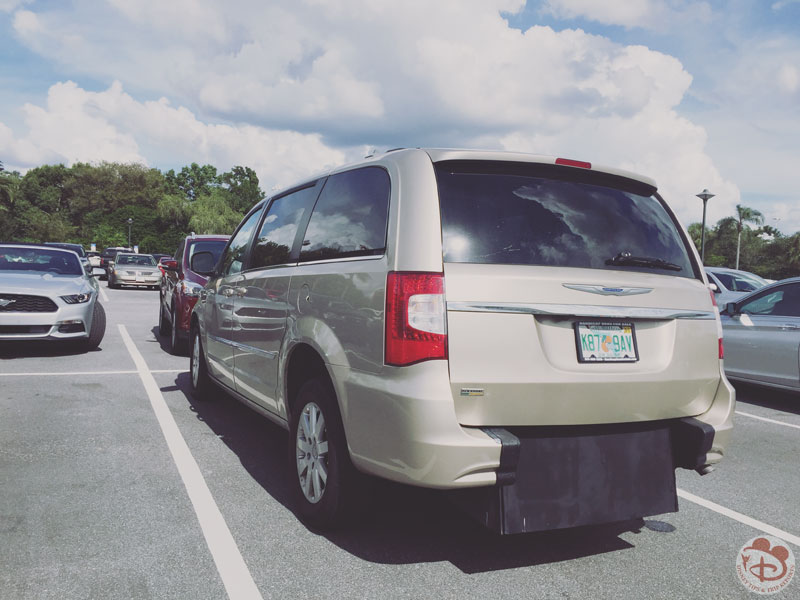 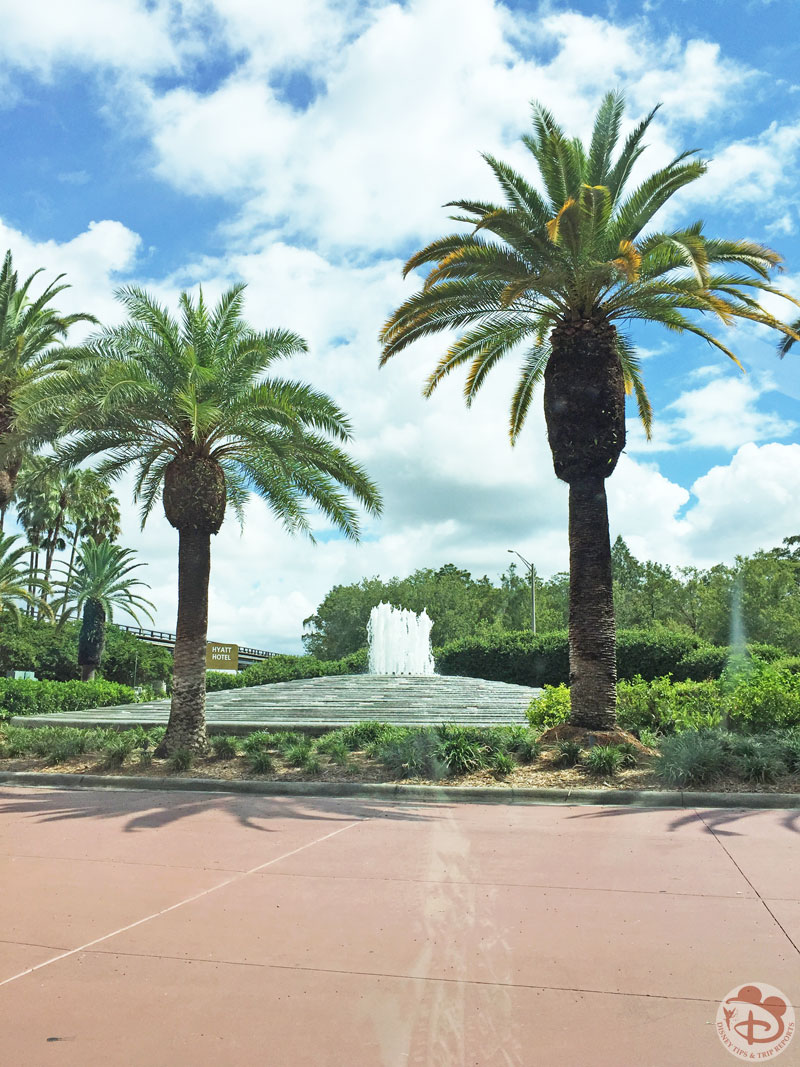 By 11:30 we were driving out of the hotel car park, and on our way to Vero Beach! Although we did have to make a couple of pit stops along the way.