Today started off very rainy, and was pencilled in as a shopping day, which was quite handy! But before all that, we got in the car to head to Disney’s Polynesian Village Resort for our breakfast reservation at Kona Cafe. It was so nice to visit the Polynesian today after our Disney Vacation Club purchase the day before, as the Poly is now our home resort, and I admit to having a few tears in my eyes!

It was also the first time we’ve seen the new lobby at the Polynesian. The last time we came, they were in the process of taking down the old waterfall (such a shame, it was stunning, and is what made me want to stay at the Poly one day), and there were hoardings everywhere. Whilst the new lobby doesn’t have the waterfall any more, it was nice for it to feel open and spacious (with the fake walls it was so claustrophobic), and I love the giant Tiki statue in the middle. I also love the waterfalls outside, as well as all the lush greenery and plants both inside and out. The huge glass orbs that hang above are also very cool. Oh, and the big chairs are so comfy! A must for a Disney lobby, as we found ourselves really enjoying spending some down time in the lobby at Wilderness Lodge, where the sofas there are awesome. 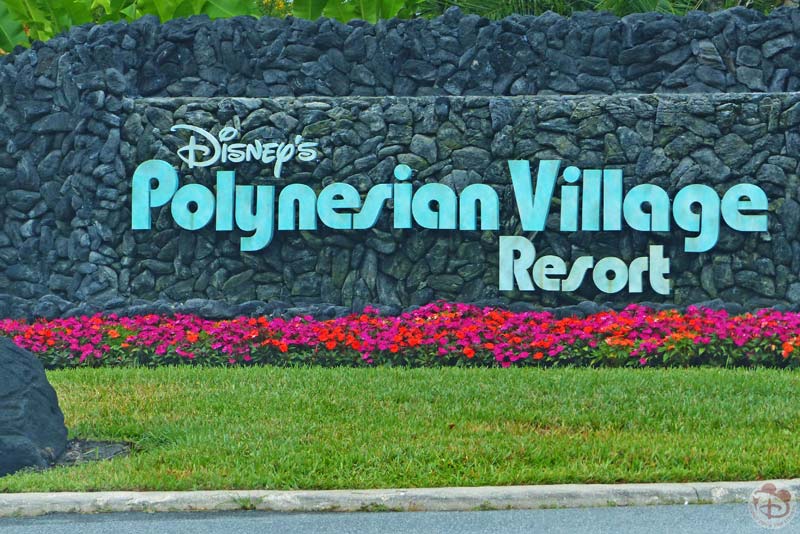 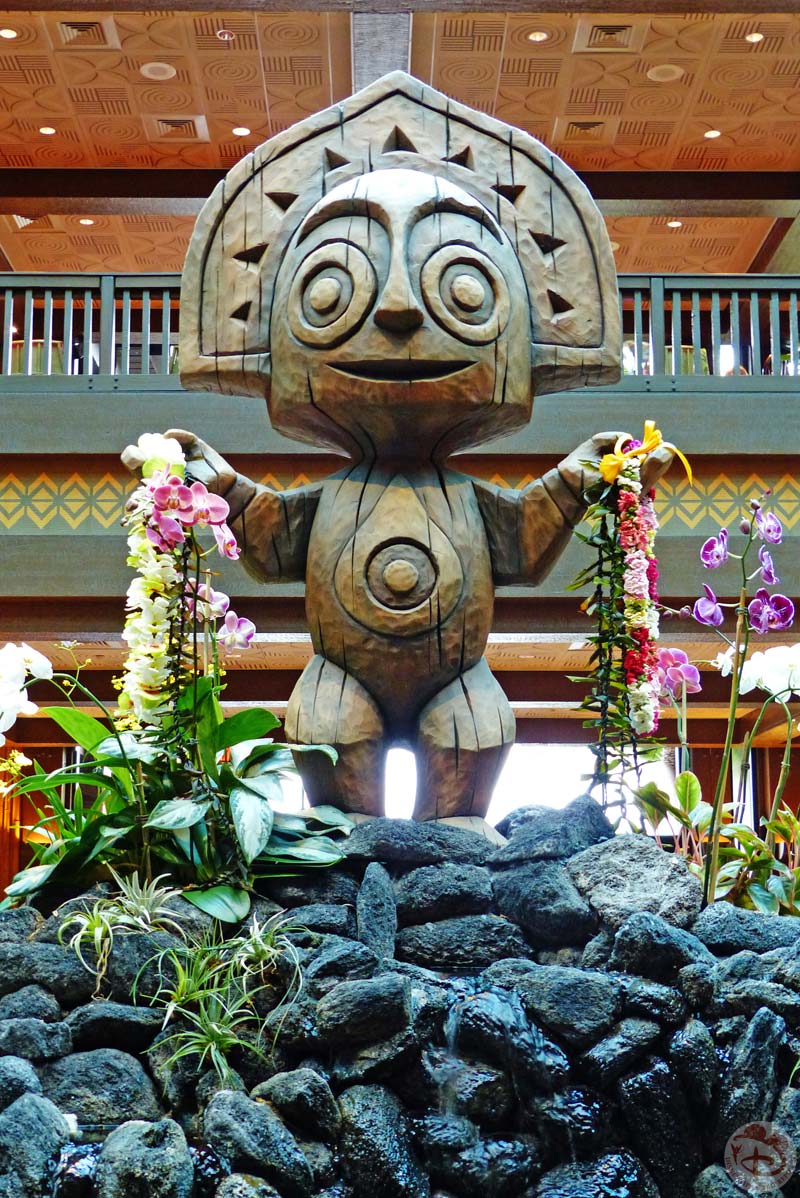 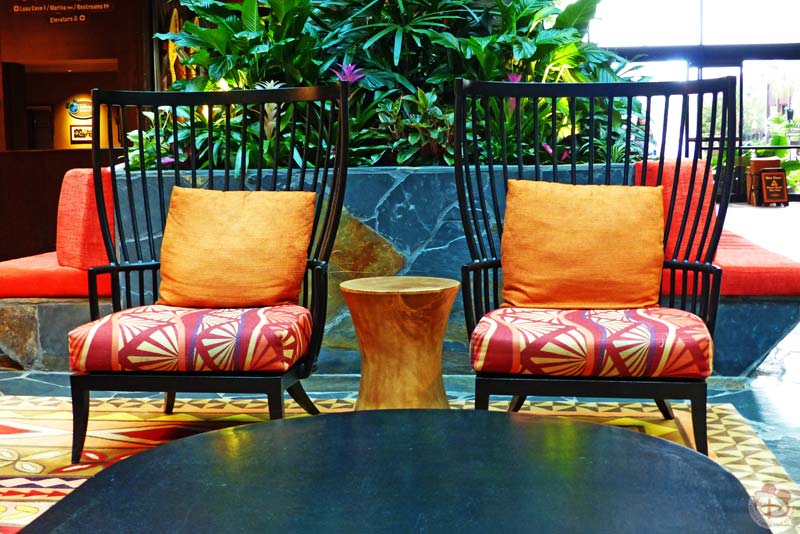 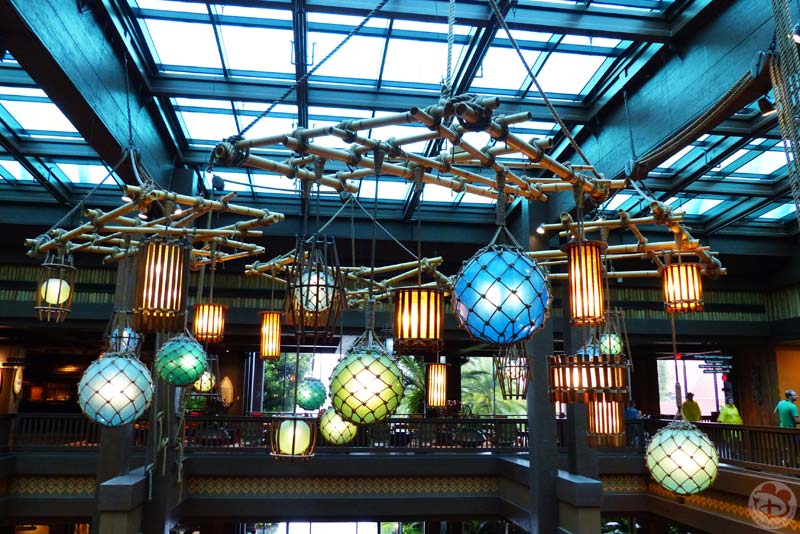 We went upstairs to check in at Kona Cafe, but found that it was very busy, and had to wait 30 minutes for our table to be available. We were given a buzzer to alert us to when our table was ready, and had a wander in the shop upstairs, and then found some seats to wait it out. The rain was pouring down by now, so we couldn’t even go outside for a nose about, well, we could have, but I don’t like getting soaked!!

Eventually the buzzer went off, and I said “excuse me” to the person blocking my exit out of where I was sitting. Seemingly putting them out of moving their legs more than a few inches was too much hassle for them, so as I squeezed past, I managed to wallop my leg against the chair – nice bruise from that – thanks man!

My notes from this breakfast was that the service was very slow, and slack, but that the food was delicious. I remember feeling like our server just couldn’t be bothered, and it really marred what could have been a nice experience. I know that Tonga Toast is one of the best breakfasts at Walt Disney World, and it was delish, but the service that went alongside it, wasn’t so great.

When it comes to the Deluxe Disney Dining Plan for breakfast at a table service restaurant you are entitled to one entrée, and one non-alcoholic beverage per person (usually refillable) for one credit per person.

Me: Tonga Toast – Banana-Stuffed Sourdough French Toast rolled in Cinnamon Sugar and served with a Strawberry Compote and your choice of Ham, Bacon, or Sausage ($12.99)

Him: Pumpkin Pancakes (seasonal special) – with Maple Pecan Butter and your choice of Bacon, Ham or sausage ($9.99)

For drinks it looks like Liam had a coke, I had a pineapple juice, and Steve had a pot of coffee. As far as the dining plan is concerned, you get least value from it at a table service breakfast.

We were given condiments to share – whipped butter, ketchup, syrup and strawberry compote, which were placed on the table before we received our breakfast plates.  I can see why Tonga Toast is popular – it was lush! But so much food! You could share a portion of this. Similarly Liam’s Big Kahuna breakfast is called that for a reason – he couldn’t finish it off, so Steve and I shared what he didn’t have (specifically the eggs, as he doesn’t like those). Steve’s pancakes were good – not so much pumpkin flavour, but more the spices that go with, which is the usual case with pumpkin flavoured things. 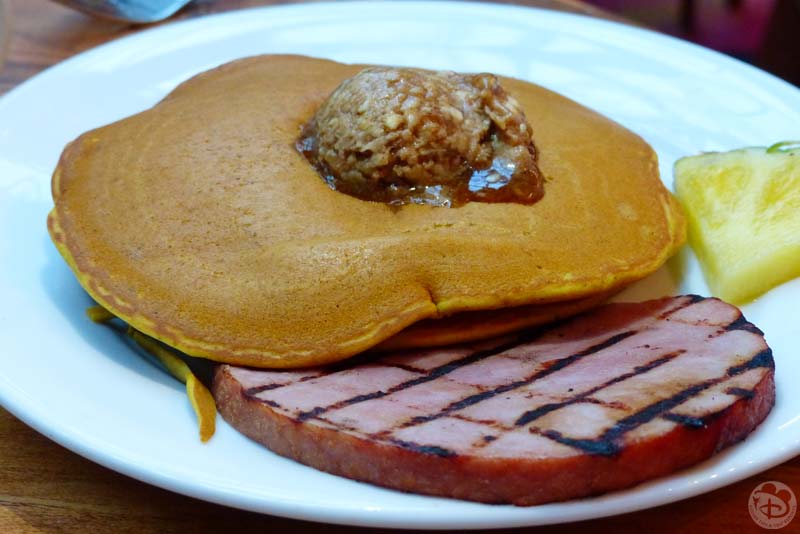 We were not given the option to put the tip on our Magic Bands as we usually did, so just left $10 on the table for our server, as it was the smallest amount of cash we had on us. The service wasn’t worth a tip, in our personal opinion, but it is what it is. It wouldn’t put us off going back though, and it’s likely Steve and I will have breakfast here at least once when we go on holiday to Walt Disney World in September for my birthday.

After breakfast, we wandered into the big store downstairs – Boutiki, bought a few things, and then decided to do a loop on the monorail, since it was still raining, and we hoped it would rain out before walking back to the car to drive off and do some shopping.