After our animal adventures in Africa, it was time to head over to Asia. I think this area of Animal Kingdom is my favourite… but it’s so hard to choose, because the themeing in the this park is done so well. There are two animal exhibits/attractions that we’ve never seen before in Asia – Flights of Wonder, and Maharajah Jungle Trek. We did the latter on this trip, as we had a missed the time for the showing of Flights of Wonder. By the time we had wandered off to do something else, and never went back for a later show.

Before entering the trek, we stopped off for a Frozen Coca-Cola from Drinkwallah. These were available as a snack credit, so that’s what we used to pay for these (they’re $3.99 each) 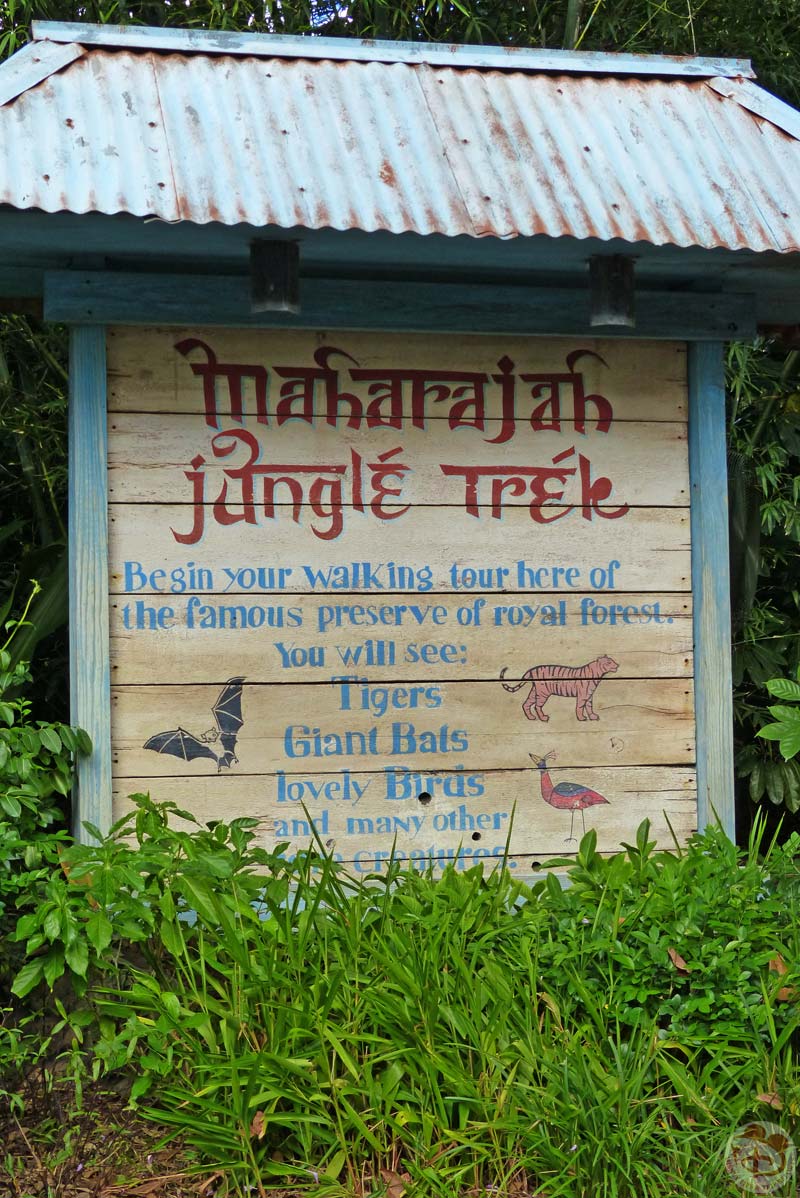 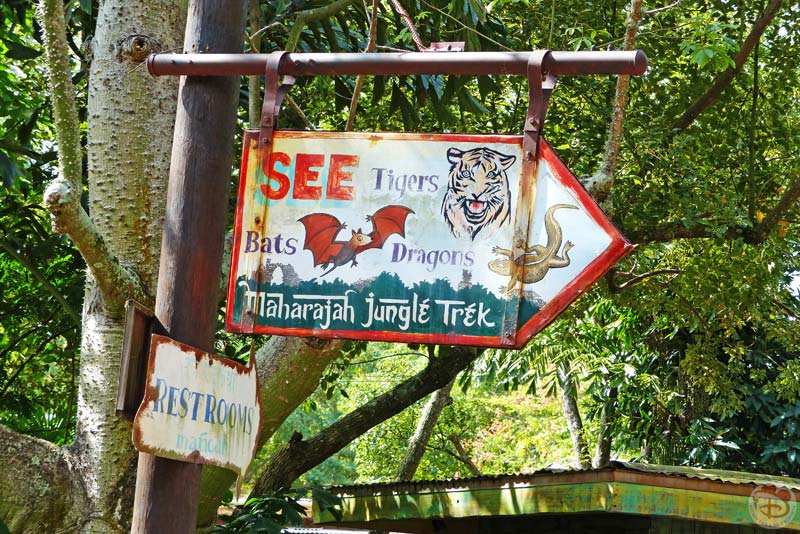 I absolutely loved Maharajah Jungle Trek – with the stars of the area being the Asian tigers – there were also giant bats, deer, cattle, komodo dragon, and lots of colourful birds. The trek wasn’t too busy either, so it felt like a secret hidden gem. The trek, much like the rest of the area, is beautifully themed with flags hanging across the buildings, rags tied to tree branches, “ancient” monuments, statues, buildings and ruins, exotic flowers, and lots of  lush vegetation. I could have quite happily spent several hours in this area! There are maps available as you walk in (must be returned at the end of the trek) that will tell you about the various animals in the exhibit. 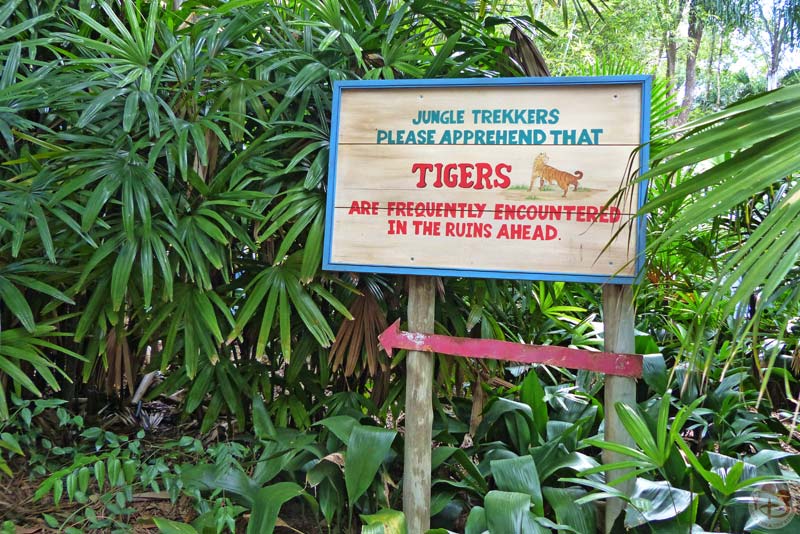 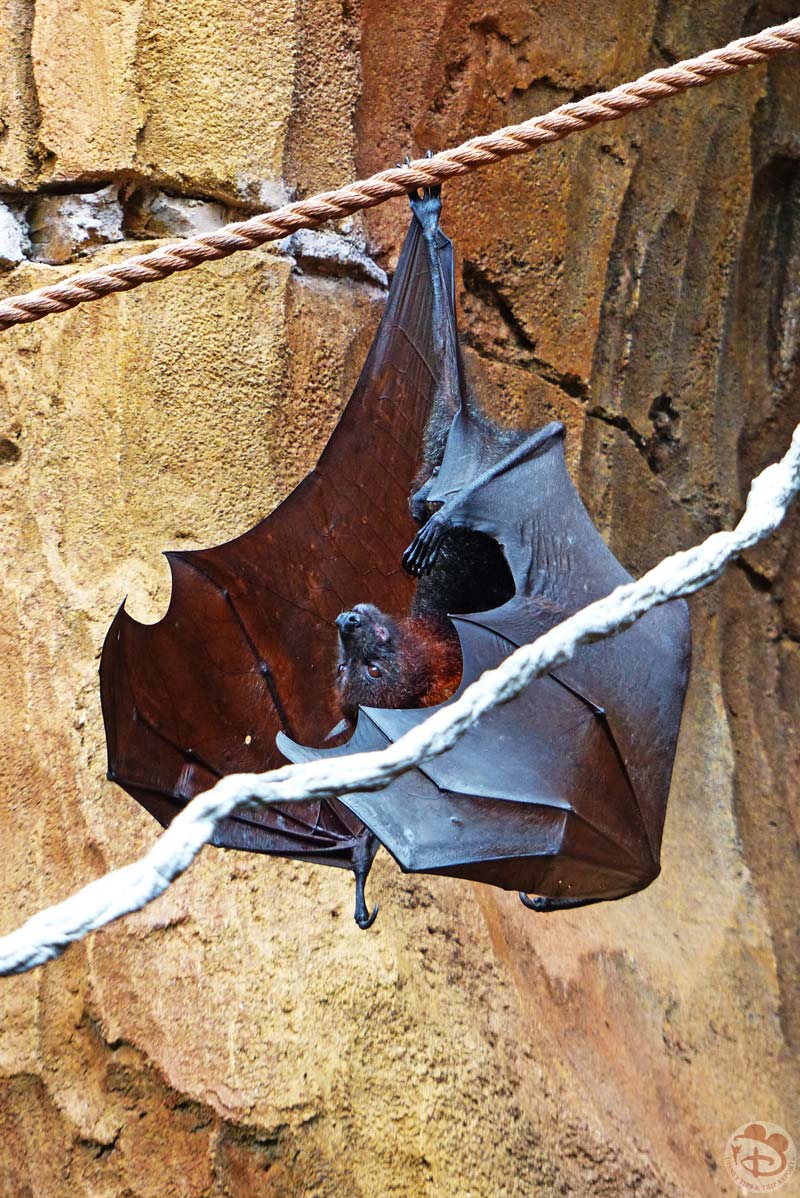 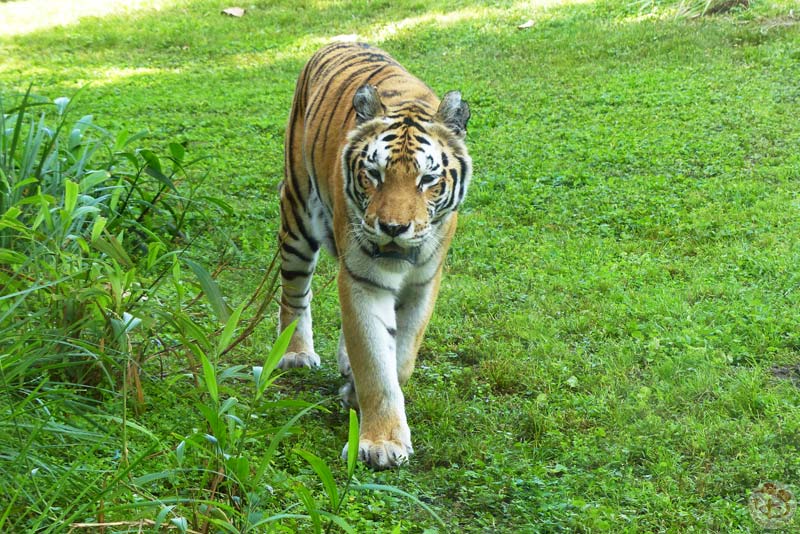 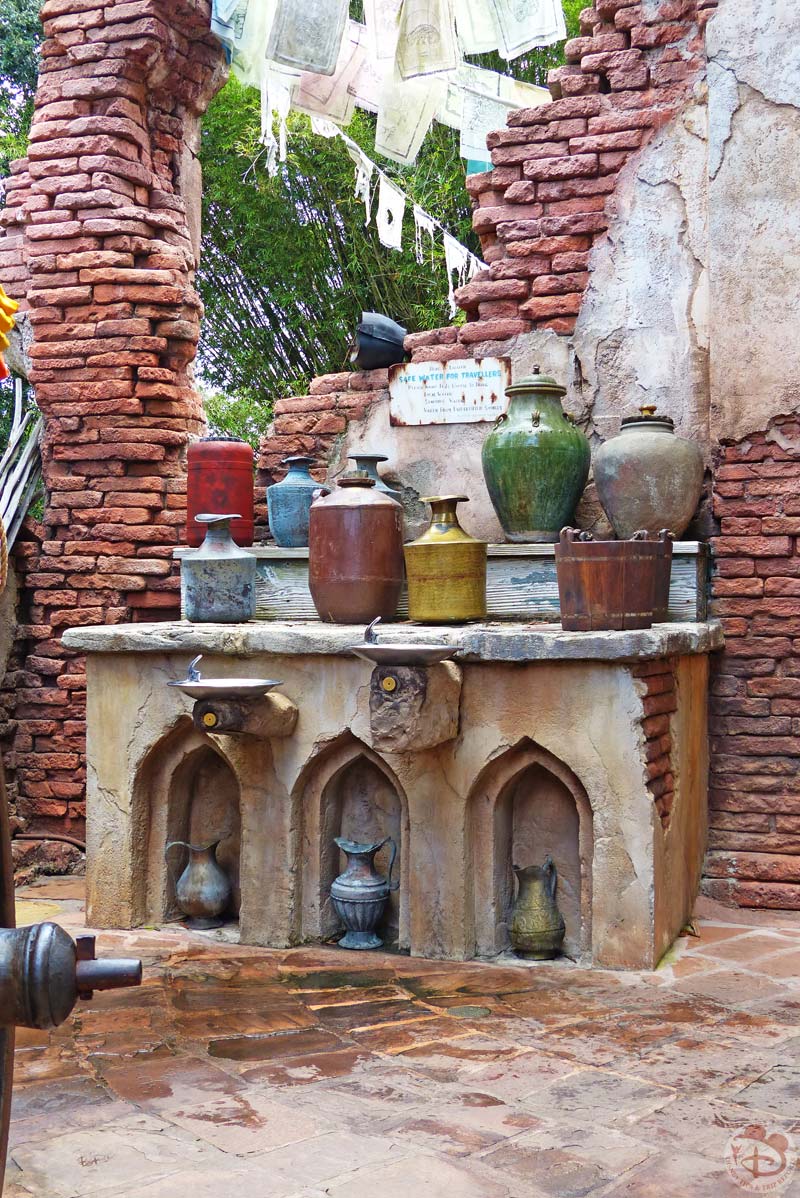 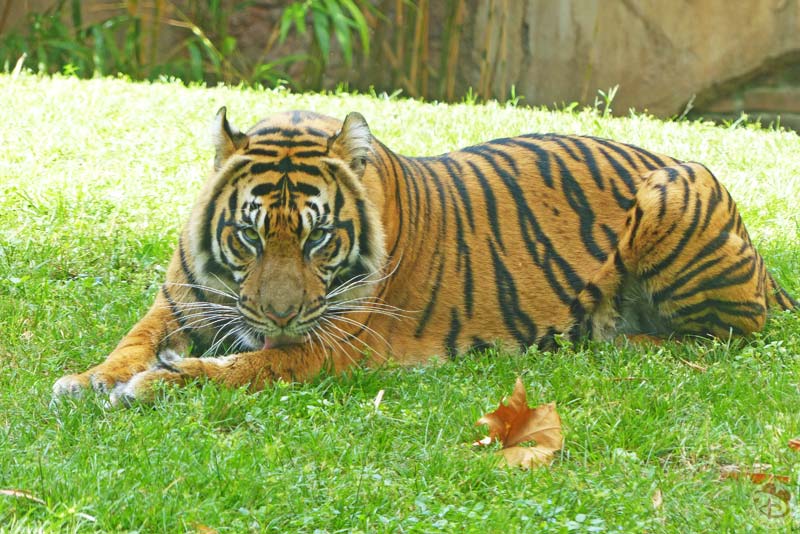 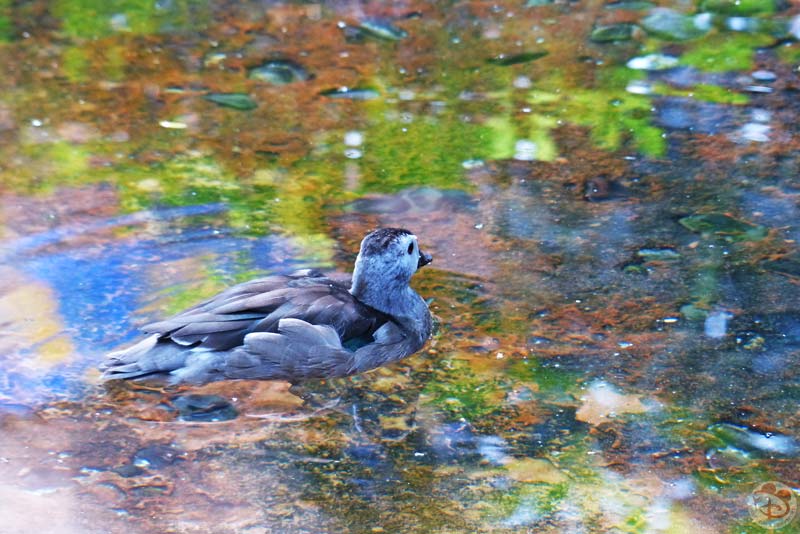 Outside of the Maharajah Jungle Trek area is the gibbon exhibit. I can’t remember ever seeing this before, so it’s quite likely we’ve not spent much time here on past visits. With huge temple ruins, and bamboo poles, it’s a paradise for these climbing, swinging creatures! 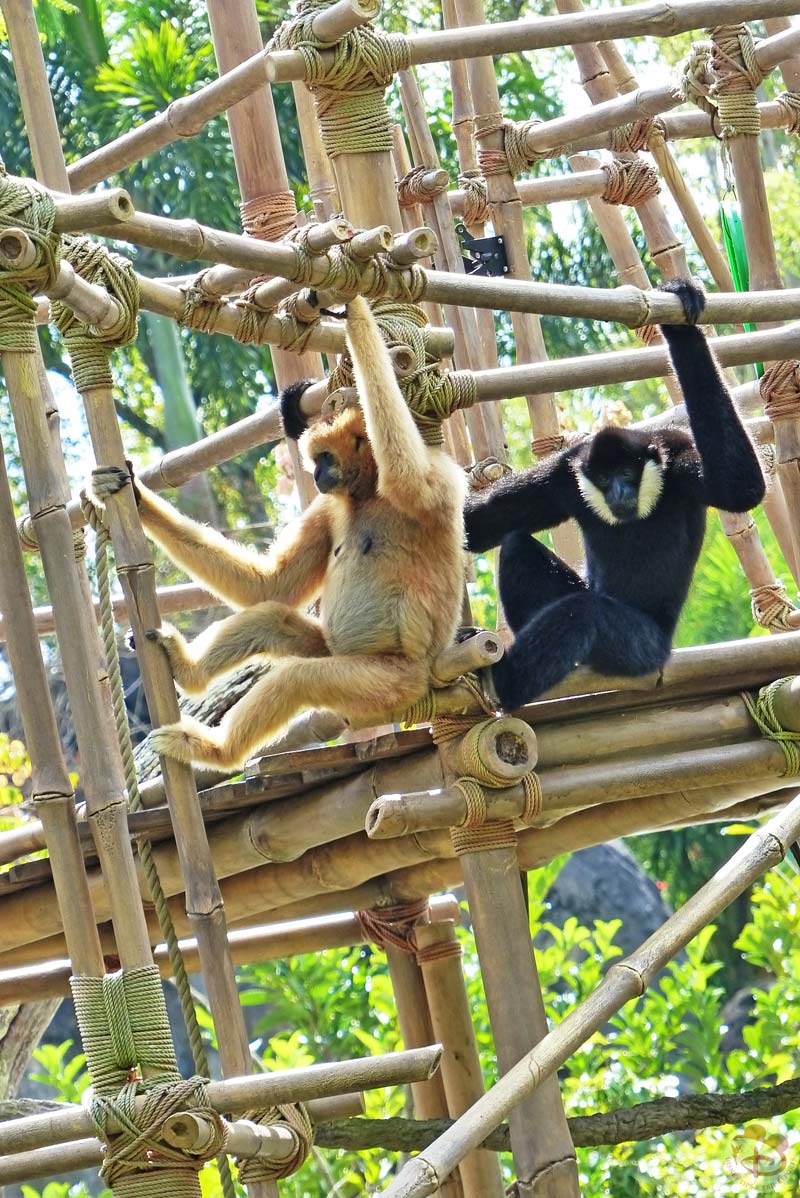 Kali River Rapids is in this area too. We went on this ride way back in 2011 on our first visit, and rode it several times in a row. It was raining, the park was nearly closing, and the line was non-existent! We’ve not ridden it since though. Not because we don’t like it – it’s a great ride, but you get seriously wet! Plus on this occasion, I was actually worried that the seatbelts wouldn’t fit me, so I didn’t want to risk it. 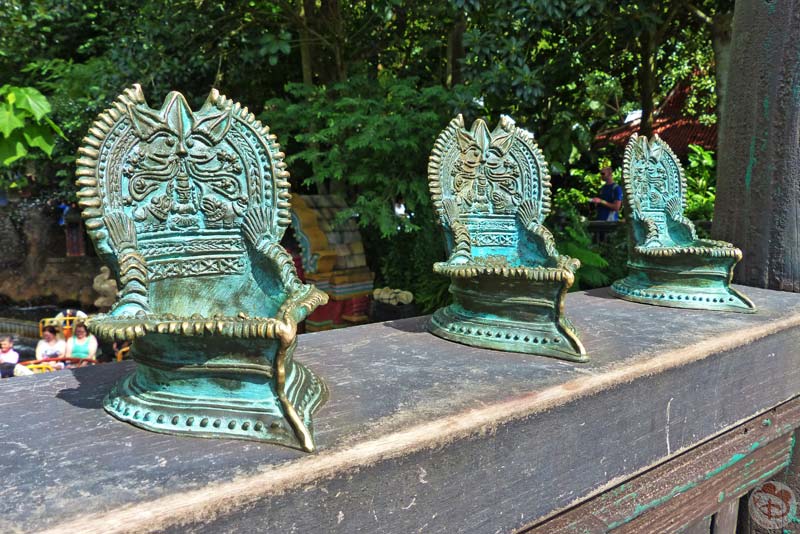